And I am (mostly) excited to write this one. A small race, in the heart of the oldest city in the country, with the option for a 10K? Sign me up! 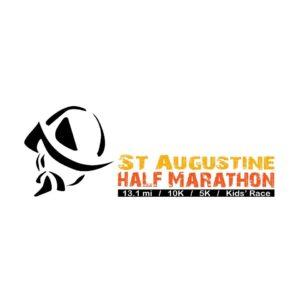 The St. Augustine Marathon weekend was scheduled to take place over two days, Saturday, November 16 and Sunday, November 17. When I first checked the website, about a month and a half ago, the Kids’ Race, 5K and 10K were scheduled for Saturday and the half marathon for Sunday. I was hesitant about registering because Saturday was little man’s final t-ball game of the season, and I wanted to make sure I was there for it. However, when I checked back a little later, I saw the 5K and the 10K had been moved to Sunday.

For me, this was great. For someone else who might have purposely gone for a Saturday morning race, this kind of late in the game schedule change was probably not such great news. At the time, I didn’t think much of it, but looking back, it was probably a pretty good precursor of some of the issues to come.

On Saturday, after waking up early to deliver a really cool cupcake cake 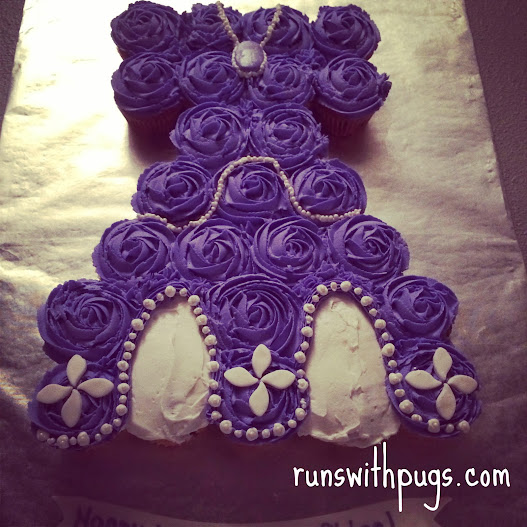 and attending the aforementioned t-ball game, I headed to downtown St. Augustine to the race expo for packet pickup.

The expo was at Francis Field, which is also where the races were supposed to start and finish. As I approached, the area, the rain started coming down. There really hadn’t been much direction on the race website as far as areas to park, and so I ended up just paying the $10 for the public garage directly across from Francis Field. I noticed that several cars just parked in the street in front of the field’s entrance, but that didn’t seem safe (it would have been easy for one of them to get hit by someone coming around the corner), and with my luck, I would be the one ticketed, so I just sucked it up.

There was a large tent set up next to the finish line, and it covered the packet pickup station, as well as a few vendors and local organizations. Nothing really fancy, and I’ll admit I didn’t stick around because it was muddy and damp and I wanted to get home for a nap.

I did a quick check of my packet to confirm my bib was there and correct, collected my tech shirt (pretty nice) and noticed there wasn’t really any race information. I managed to speak with one of the organizer’s to get some details on parking for Sunday, and she told me that if I was there before seven, I could park in the garage for free. Good to know.

We laid low that night, enjoying a dinner of pizza and watching some bad tv. I packed my race bag, planned my outfit and tried to get to bed early and woke to a drizzle.

I tried to stay positive as I went out to the car, munching on a Luna bar and sipping some cold water. However, by the time I reached the front of the neighborhood, I had to turn around and get a visor, which I would wear instead of my sunglasses. It just wasn’t worth not having it and being annoyed later in the race.

By 6:20, I was parked and laced up and wandering around Francis Field, where the race was supposed to start. 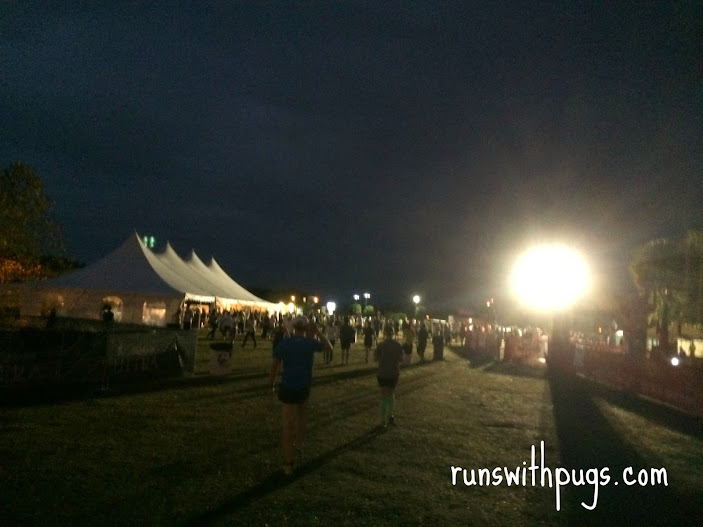 I was supposed to meet up with Ashley, The Pavement Princess, so I texted her as I found a place in the portapotty line. At that point, an announcement was made that the race start line was actually a few blocks away, on the waterfront, and that the half-marathoners had about 24 minutes to report. Talk about pressure to perform.

I was lucky to get a stall that had toilet paper, and started walking to the start. The rain was still coming down, and it made me have to go one more time, so I stopped at the visitor’s center for a real bathroom. I wasn’t sure what the lavatory situation would be like on the course, so better to be safe than sorry. However, it was getting close to the starting time, so I hustled on my way.

And across from the start line, Ashley found me and we got to hang out until she had to line up for her half marathon.

the lovely Ashley of The Pavement Princess

I stayed with her mom, who was also running the 10K, and after the National Anthem, the gun fired and she was off!

And then it was our turn. I have to point out that this was the first time I was not anxious, edgy and ready to toss my cookies before a race. Normally, I am a hot mess, but for some reason, I was calm and collected. Maybe I’m just settling into myself a little. I really don’t know. Even with the early rain, I wasn’t nervous.

It was great, especially when the 10K runners were called to line up, and we ended up a little bit closer to the front than I would like. No one else would step up, so what could we do?

There weren’t a ton of 10K runners (less than 350), and so it was a nice and easy start. We ran along the waterfront, made a left on the Bridge of Lions and continued on A1A. The rain stopped, the sun remained behind the clouds, and it was all forward progress from that point on.

Rather than fall straight into intervals, I ran about the first mile. I went out faster than I’m used to (with a sub-10:00 first mile), but I felt great. I skipped the first water stop, and continued along the road, keeping my arms loose and watching my cadence. At some point, I ran into Ashley, and we ran together until the half marathoners split off for the 312 and so we said goodbye. It was nice getting to chat mid-run.

The course went all the way to Anastasia State Park, where we dipped in, circled the Ranger’s Station and then wove back out and through some of the little neighborhoods by the lighthouse. It was beautiful. There were some small inclines, but plenty of shade. It almost didn’t feel like I was running at all.

By mile 4.5, we were back on A1A, and headed to the finish. I grabbed a cup of sport drink at the last water stop, just for a final burst of energy.

As we were headed back over the Bridge of Lions, the woman in front of me said “Look! A dolphin!” I looked (obviously), and saw a baby and mother, swimming along! It was the coolest thing and I couldn’t wipe the smile off my face. I think it was just the thing I needed to see to propel me towards the finish line. 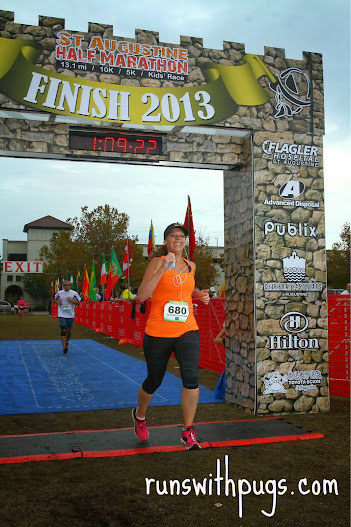 Once I saw that finisher’s chute and kicked it into high gear. I sprinted across the line, sporting a huge grin, and immediately got a cold bottle of water and a medal. There were tears.

Of course, it was my first 10K, so insta-PR, but even I wasn’t expecting my time to be as good as it was. Unfortunately, my Garmin recorded the race as short of 6.2 miles. A little disappointing, but my time was great (for me) either way you look at it. Sadly, I heard there were some major issues with the 5K running long, and some people were using that time to qualify for corral placement in the upcoming Gate River Run, so I know that would have been a huge disappointment.

I walked around Francis Field for a minute to just process everything, and then I got my car. There was a color celebration planned for the end of the half marathon, but I didn’t want to wait and I didn’t feel like getting all covered in color dust, so I went on my way.

Mr PugRunner and little man were meeting me at a diner a few blocks away for a celebratory breakfast. I was famished and did some serious damage to this plate.

When I got home, I went to the race website to get my official time, but there was zero information. I checked the Facebook page, and as the hours passed, more and more people posted asking for a link to the times. At some point, a race representative responded with a(n incorrect) link, but it took a few more hours before the full results were up. Additionally, there was no information about race photos and I was only able to find the link to those via some digging.

While the course distance issues were big problems, the things like accurate start location, parking, results and photo information could have been addressed so easily in a photocopied flyer slipped into the race packet. There was a beautiful, glossy color brochure that covered start time and included some lovely photographs, but there weren’t any useful details in it that would help runners or spectators. It would have made the race so much better if attention had been paid to things like this.

Will I run this race again? Yes. It was a gorgeous, fast course. The volunteers (many from the Ancient City Road Runners) on and off course were incredible and supportive and it was great for spectators. I will be keeping an eye out for registration to open at the end of this year (I only paid $35 for my “late” registration after 7/1/2013, but if I choose to do the half next year, registering early means $55 vs $85 closer to race day, which is a pretty big difference). I hope the race organizers do get a handle on some of the smaller details, though. It will make for a far smoother, more professional experience in the long run.