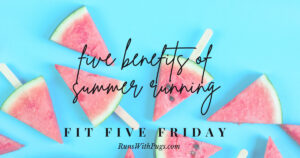 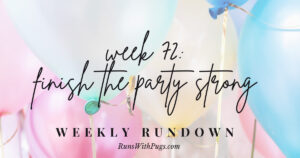 Brace yourselves. This post incorporates two weeks of some whirlwind travel, training and fun. After little man’s birthday came my 40th, and the boys had quite a surprise in store for me. I’ll try to keep it as short as I can, but there are a ton of great photos to share!

Magic Kingdom day! There’s really nothing quite like walking down Main Street, especially when you haven’t been in a while.

Our friends had to leave in the afternoon, but we were in for another day. Little man said he wanted to see the fireworks, so I got him to agree to a bit of a break after lunch so we would be rested for a late night.

After watching “Must Do Disney” in the hotel room (whenever the TV was on), little man decided he wanted to try the Rock ‘n’ Roller Coaster. We didn’t have a fast pass, but I was more than willing to get up early, be one of the first ones in the park, and get right to the line to avoid a long wait.

We packed, checked out and got to the turnstiles right as planned. We made it quickly to the front of the queue, and then my poor guy looked up at me and said “I changed my mind.” I hated that he was so intimidated by the loud music and the screams in the building, but I gave him a big hug, told the cast member we were going to child swap and headed to the exit platform so Mr PugRunner could ride. It worked out fine, and we went on to do all the Star Wars things we could find.

After lunch, we hit one last ride and made the drive home. We were exhausted and happy and had had the best time.

We fell right back into our weekly routine. I was a little stressed because we had some big things happening on the weekend and I only had a few free days to get it all done. However, I buckled down and got to work.

Absolutely nothing to report.

I spent the morning running errands, confirming orders and getting things set up for Saturday’s shindig.

That evening, I had a 5K for work. The weather was fairly threatening, and as I drove to the race site I really wasn’t sure if the lightning was going to hold. Fortunately for the runners and involved businesses, the rain clouds cleared and we were good to go.

It was a quiet day and I confess that I did a lot of cleaning and movie watching.

First up was a morning hair appointment.

And then it was party time. I had been planning to keep my birthday very lowkey, but Mr PugRunner wanted it to be special. I had no idea the real surprise he was giving me, and so we planned a bit of a dinner party for some friends. It was really such a beautiful night and I am so grateful for everyone who was with us.

Even though it was a late night, I was up early enough. I wanted to make sure everything was in order for Monday. My 40th birthday present was a trip to NYC with a 6AM flight! My parents would be staying at the house, so things needed to be clean, groceries purchased and everything set for little man.

and a performance of Kinky Boots with one of my girlfriends.

It was a fabulous day.

The alarm rang at 3AM and we got ourselves up and out the door to the airport. I was absolutely beyond excited: New York is one of my favorite cities, and I had some serious plans.

We arrived at JFK pretty much on time, but it took a little while to get to The Paramount Hotel, due to traffic. I was more than ready to be out of the car when it pulled up to the front door, and I was thrilled that our room was ready and we could drop off our bags and freshen up before hitting the Big Apple.

When the sun rose, I laced up and headed out to run four miles in Central Park in honor of my 40th birthday.

Mr PugRunner was in for quite a day.

We got Dough donuts for breakfast.

And then we cabbed it downtown. My plans were to visit Trinity Church, walk the Brooklyn Bridge and get dessert from the new raw cookie dough place we had been hearing about.

We wore ourselves right out.

We had dinner reservations at Lavo, and it turned out that my brother-in-law was in town for work and could join us! All the walking and fresh air had taken it’s toll and we were pretty exhausted. Dinner was delicious, but there was literally no way we could make a dent in this 20 layer chocolate, peanut butter cake.

And, finally, the Big Day had arrived. That night, we had tickets to Hamilton: An American Musical. Oh. Em. Gee. I have been absolutely desperate to see this show, and I couldn’t get a grip. Seriously.

I settled my excitement with a trip to the Metropolitan Museum of Art. Mr PugRunner really didn’t enjoy it, but it’s something we never do when we visit the city, so I insisted.

We enjoyed an early dinner at a Cantonese restaurant. And then it was showtime.

Guys. It was beyond. I had goosebumps nearly the entire time. I sobbed more than once. I was completely wrung out by the end. It was easily my favorite performance of all time, and while I am so grateful to have had the chance to see it in NY, I was left wanting so much more.

I don’t know how I managed to fall asleep after.

After the awesomeness of the week, it was really hard to pack up our things and get ready to leave. I was absolutely not to be deterred from enjoying a nice walk, so we made our way to a new shop specializing in booze-infused ice cream.

It was every bit as perfect as it sounds.

And then it was back to the hotel to catch our transportation to JFK. Once again, we lucked out with a flight that was relatively on time, and were back home by about 9PM.

I was so excited to see little man and the pugs, but I confess…. it was hard to leave the city.

I had lofty plans of staying in PJs and watching TV all day, but my friend/coach caught wind of that plan and told me to come out to her body circuit class, under the guide of sharing about my trip. I wasn’t going to sit there and not work out, so I dove in to some weights. It was good.

That evening, there was an event at little man’s school. The students showcase all their art, while one of the musical groups performs. There are food trucks and and a teacher lip sync battle and a basket raffle.

My mom moved from an area where “tricky trays” are a thing, so she takes the basket raffles very seriously. We bought our tickets and strategized, and dang did we clean up! She won a car wash basket and a laundry basket. We won a Pokemon basket for little man, a baking basket, a game night basket, and a Legoland basket, which included four day passes to the theme park! Score!

And finally, a day of rest. We hung out with friends at their pool, and then spent the rest of the night chatting with neighbors in their driveway. It was such a great end to the week.

Now, we are back, and I’m trying to catch up with real life. It’s pretty daunting – even getting back on track with blogging seems like a huge task. However, I am devoted to getting on top of everything by the end of the week, before the start of summer!

Coming up? More running, more cycling, and getting back into the gym for strength training. Now that I plan on being home more regularly, I don’t feel like I’m throwing money away on a monthly payment. I definitely walked enough in Manhattan and Disney to compensate for the running sessions on which I slacked, but I want to spend more time on my cross training over the next few months.

Do you struggle coming back when your schedule is off.