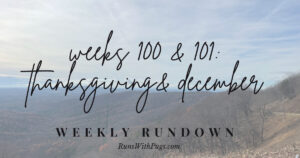 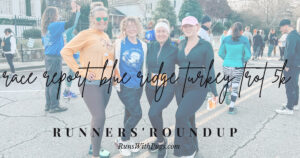 You are here: Home / Uncategorized / axe throwing: hitting the bullseye on a group date night

Thanks to blogging and my freelance work, I spend quite a bit of time on social media, which is how I first became aware of a new activity making the rounds.

Yes. There is actually an activity where you pay your money to go stand in front of a wooden target and hurl axes through the air towards the bullseyes.

The nearest axe cage is probably 35 minutes away from us, and is part of an autobahn go-kart racing venue. Kind of bizarre, but the space absolutely works for Autobahn Axe.

Since we had a larger group (seven people), we opted for a private session. For $35 per person, we got two hours of throwing with our own coach, who would help us master the different techniques and then guide us through different games and competitions.

I was a little nervous about what to expect, especially considering that it was my idea and I wanted it to be great. Truth is, I had nothing to worry about. Within seconds, our coach, Mark, had us all absolutely at ease with the idea that we were hurling actual hatchets through the air.

As we were getting ourselves checked in and settled, we were informed that this was a BYOB type of activity, so one of the couples immediately took themselves to the nearest gas station for wine and beer. I wasn’t entirely sure what kind of adult beverage matched best with axe throwing, but I was in the mood for a beer when it arrived.

The rules were fairly simple. Safety was of utmost importance. There were specific ways to enter the cage, to hold the axe, to throw the axe, and to pass the axe. Nothing was incredibly complicated or difficult to remember and in no time, we were all at ease with the art of axe handling.

First, we learned the basic throw. We could choose to do it with one hands or two (two was way easier for me). There was a trick to gripping and a trick to holding the wrists straight, but once that was mastered, it was not too hard to throw the axe solidly into the target. Aiming was a little stickier, but I got some solid throws.

It was ridiculously empowering to hit the target!

From there, we played different games, pitting men against women, and couples against each other. We had to hit different targets to score points, and avoid other targets to stay in the game. I confess to not having the best luck with actually hitting what I wanted, but I held my own.

The key was really arm positioning and core engagement. We weren’t supposed to feel any strain in the upper arms or shoulders, because we needed to throw from the whole body instead of just the upper part. Since we all know my upper body is not quite where it should be, this was a relief.

I landed one bullseye for the double-double, and Mr PugRunner stuck both when throwing them together! We may have found his calling.

With the coach’s interaction and a fun group of friends, axe throwing is an incredible night out. I don’t think I’ve laughed so hard in ages.

Not only was it something different, it was also a great in the physical fitness category, so we checked all the boxes! I cannot wait to go again!

Have you ever been axe throwing?

What’s your favorite thing to do for group dates?