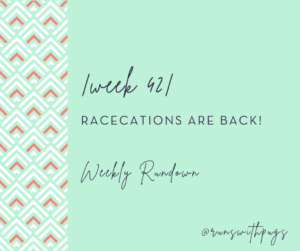 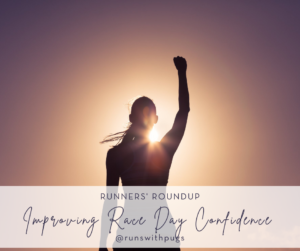 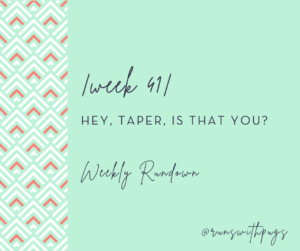 Races are always more fun when they are part of a fun weekend getaway, and the Jekyll Island Marathon & 10K was no exception.

Neither Meghan nor I was in marathon race shape, so we were more than happy to take on the 10K distance. We both find 10Ks lots of fun, and 6.2 miles would be a great way to round out the weekend.

Packet pickup took place on Saturday in a conference room at the Westin Jekyll Island, although runners could snag their bibs on race morning, too. Since we had been registered a week prior to the race, we received our bibs and reusable grocery bags but would have to pick up our long-sleeve race shirts after the event, if any were available.

We checked our bibs at the tracking computer to make sure they were correctly linked, and continued on with our day.

After a delicious dinner, we laid out our running outfits, planning for lots of layers (morning temperature promised to feel like 17 degrees!), and got some sleep.

In the morning, I confess to checking the temperature one more time, and decided I wasn’t going to bring along another jacket. I did, however, bring along a packet of hand warmers and feet warmers for my gloves and shoes.

Our first stop was the hotel restaurant for a complimentary runner’s breakfast (runners who weren’t guests of the hotel could purchase a bagged meal for a nominal fee). I had a bagel and some juice. We used the facilities and then we braved the cold.

We had a little time before the 7:45 10K start time, so we met up with another blogger friend, Chelsea,

and got some photos taken by the race photographer.

At 7:15, there was an announcement regarding the course and the run. When the race director had finished, the photographer called for everyone’s attention, and announced that the day’s photos would all be free, courtesy of True Speed Photo! He went on to promise us that he would take awesome pictures of us as long as we didn’t wave at him (because then our hands would be covering our faces), talk (because then our mouths would be in a funky position) or put our bibs on our backs (because he wasn’t taking pictures of butts).

This was already shaping up to be a fantastic race.

We said goodbye and good luck to Chelsea as the marathoners headed to the start line, and we ducked into the Convention Center. I needed one more trip to the restroom and to get the warmers in my gloves and shoes. Raynaud’s Syndrome is never fun for runners, and my fingers and toes were already tingling.

Since this was an inaugural race, I had no idea what to expect. I did know that both distances were capped at 350 runners each, so it was going to be one of my smallest events, but that was ok.

The first half of the race was along a regular, flat street, directly into the wind. About half of that was in the sun, and we were treated to beautiful views of some of the beachfront and grassy dunes. It was wonderful.

After a ways, the road curved and we were plunged into shade cast from the canopy of trees. That made it feel a lot colder, but it was lovely getting to see some different scenery in the form of the little neighborhood through which we ran.

One thing to note is that is was so very quiet and peaceful. I don’t think I would have run with headphones, even if I wasn’t with someone, because it was so very serene. Usually, I like to have a little something going on, but in this race, that peacefulness was part of the overall experience.

At 3.1 miles, we made the turnaround. The wind dropped off immediately, and it didn’t take long before Meghan took off her long sleeve because she warmed up so quickly. We did have to contend with some vehicular traffic as the course opened up at a certain time, but we just stayed alert and didn’t encounter any difficulty from the few cars on the road.

There had been one water stop in the first portion of the race, and when we hit it on the return trip, we were directed to turn to the beach walkway, a paved path that wound alongside the sand. I had been so looking forward to this: all the beauty of a beach run without the soft terrain.

It didn’t not disappoint. I could barely feel my fingers but I had to pull out my phone to snap these shots.

The path was a constant bustle of people. We stayed to the right in case anyone wanted to pass us, but it never got too congested or choked up. I was glad because I was really enjoying the run.

Finally, Great Dunes Park was in our sights and I told Meghan we had to sprint it in to the finish. Those last yards were in an empty parking lot and we had plenty of room to open up.

We are cracking up in these finish line photos because the photographer was absolutely hilarious. As we ran up the final stretch, he was calling out instructions: “Smile! Just run! But stay together!”

I absolutely loved it! The announcer did, too. He called our names as we came through and said that it looked like we were having so much fun out there.

There was a small post-race gathering set up in the park with water, bananas, cookies and chips. We had a little snack, and then wandered over to the nearby beach pavilion to see if we would be able to get a race shirt.

They had plenty, and we were excited to be able to warm up with a dry layer.

We stayed to cheer on a few of the incoming 10K runners and passing marathoners (they still had many more miles ahead of them), and then made our way back to the hotel to get some coffee and a hot shower.

For a first-year event, Jekyll Island Marathon & 10K did not disappoint, at least on the 10K side (although a few of the marathoners I know said they had a great, well-supported race as well). It would have been nice to have bling for the runners of the shorter distance, but with how lovely this event was, it certainly wasn’t a dealbreaker.

Runners would get a chance to celebrate at an after-party that started at 5:00 PM, but Meghan and I had to head home well before that. We celebrated with lunch and a beer at a local pub and started planning our return trip for next year.

The Jekyll Island Marathon and 10K made for a perfect racecation getaway – an overnight trip was fine, but two nights would have been even better. It was also perfect for families, groups of friends or solo runners.  The colder temperature was perfect running weather, especially for the marathoners, and while the ocean breeze presented a challenge, it wasn’t entirely unpleasant. The course was fast and the scenery was gorgeous, all elements to help make the miles pass more quickly.

This will definitely be on my race calendar for 2019. I can’t want to see how this run continues to grow and evolve in the years to come.

Have you ever run and inaugural race?

Has a race photographer ever coached you into the perfect run photos?