I had a bit of a break between my 20 minute run on Saturday and this one. Little man didn’t have school on Monday and I was exhausted from a late-night, turbulent flight and still trying to rest up from my tonsilitis.

The only problem was that we were out quite late on Monday night, too. Like, not in bed before 1 AM late. You see, I was finally getting to see Maroon 5. And there was pretty much no way on earth that I was missing this concert. The show started at 7:30 with Owl City and Neon Trees (both of whom were phenomenal). 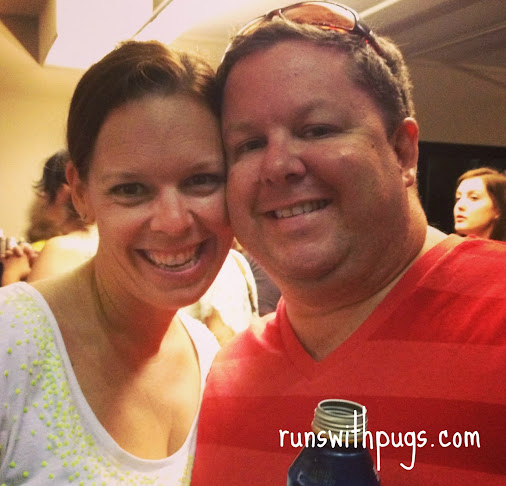 I had an opportunity to see this show back in 2007. We had tickets and I was so giddy-excited. However, I got pregnant and suffered from incredibly awful morning sickness. Which was not limited to morning, by any stretch of the imagination. The day of the concert, I got home from work and absolutely could not move from the bathroom. I was pretty upset and so when the chance for tickets came up again, I was all over it. And I enjoyed every last second of Adam Levine and his crew. They did a wonderful mix of old and new music and the entire arena was on its feet for the whole show.

So obviously,  I wasn’t sure if I was going to make it out on Tuesday morning, because I was probably dehydrated and my hips were aching from standing and dancing the night away. However, the weather was warm, the sun was shining and the intervals for Day 1 of Week 6 weren’t particularly daunting: run five minutes, walk three, run eight minutes, walk three, run five. I really didn’t have a good excuse not to go.

So out I went.

The weather made all the difference in the world. It was so much easier to breathe, and I was better able to focus on my pace and form.

I am working on keeping my steps short and even. I seem to cover a bit more distance that way, although I don’t know how much, if any, speed it’s giving me.

I definitely felt some discomfort in my ankles and feet this time out, but it could be because of the concert, and not anything more onerous. Only time will tell. My confidence is starting to increase and pre-race nerves are starting to set in, even if my first race is about two months away. I’m going to have to learn to keep calm and centered or else I’ll be jumping out of my skin by the time the race starts.

Every day is one day closer to the end of this program. I’m stoked to get there.