stepping out of the comfort zone

I’ve been doing a little soul-searching and I realize it’s time to get serious.

At least, a little more serious.

While I am at a good place with my running, I have been a major slacker in the cross training department. It’s not a good thing. I mean, I have the Jillian Michaels’ Power Yoga DVD and I try to do it on a regular basis, but I don’t. And while I hate (hate hate HATE) the idea of going to a gym to sweat and struggle in front of an instructor and a group of people, I think that’s what I need.

So I did some research and I found a gym set up rather close to home. They offer a small selection of classes, including bootcamp and spinning, and you can pay by the class without having a contract. The only con is that they don’t have classes during the day, which is when I will have extra time with little man going off to Kindergarden, but I’m no stranger to getting up at the crack of dawn.

Now, I just have to make the call and get set up. I have given myself a deadline of Thursday to get it done. You see, I also hate making phone calls so I have to give myself some time to work myself up to it. Hopefully, I’ll be set up to start my first class by next week.

The second thing is that I think it’s time to switch up my capris. I have been running in compression capris and I really like them, but I can’t deny the fact that it’s hot. I mean, it’s August in Florida and no matter how early or late I run, the humidity is suffocating and the temperatures are high. We still have a few more months of this weather, and I think it’s time to incorporate a running skirt into my fitness wardrobe.

This is a huge step for me. I pretty much never wear shorts and the runningskirts are a wee bit on the short side (I’m more of a maxi dress kind of girl). I found a couple that I like, and I even went to Lululemon to go so far as to try one on to see how it looked. I am right between sizes or I probably would have walked out with a Pace Setter.

So pretty soon, I’ll be ordering one of these three: 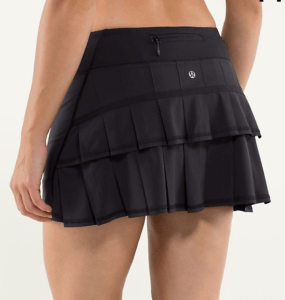 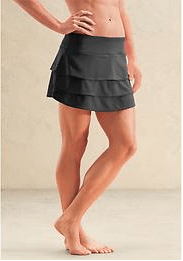 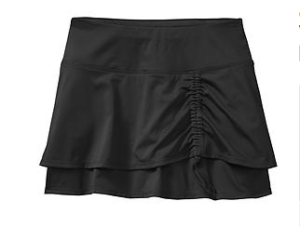 And there we have it. Two things I’m doing that will be huge leaps outside my comfort zone. It’s going to be a huge week!

What have you done lately that made you step outside your personal comfort box?

Which skirt would you pick?

34 Comments
POSTED IN: cross training, fitness, outside the box, running

34 Responses to stepping out of the comfort zone