You are here: Home / Uncategorized / what’s up, wednesday?

This week has been nothing short of insane. I can’t exactly pinpoint what’s made it so incredibly hectic, but I imagine it’s mostly because we are counting down to a lot of things: the Tower of Terror 10 Miler, the Space Coast Half, and oh, yeah. Little man’s first day of Kindergarten.

This week, we got his teacher assignment, a welcome call from the principal and we have orientation. I have spent the last few weeks collecting the items on the school supply list and completing his wardrobe. He’s been in a uniform the last two years, so he needed a few extra pieces of clothes. We organized a carpool, got his hair cut, picked up his first day outfit and selected new school shoes. 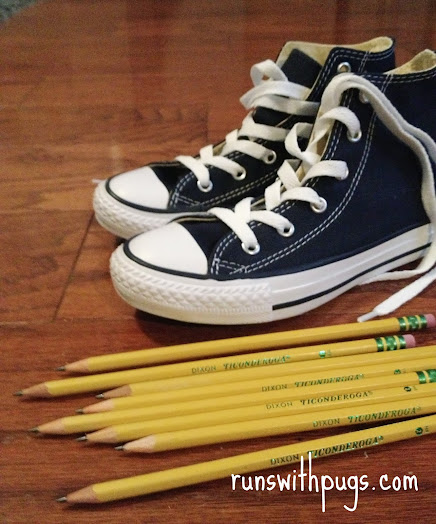 I also sharpened 36 pencils. Always a party in this house.

Exercise-wise, I’m doing great. On my non-running days, I have been committing myself to power yoga, and even though the fronts of my shoulders and my core are incredibly sore, I am keeping at it. Even though I don’t love it (and don’t think I ever will), I know I’ll see some benefits at some point. As promised, I called the nearby gym and am all set to go in next week for my first official class. The owner was incredibly nice and assured me that no one would make me cry in bootcamp, that everyone is really supportive and helpful.

I kind of suspect he might be fibbing. Stay tuned.

Race scheduling got a little hairy. Mr PugRunner and I both wanted to run a Labor Day 3.5 miler, but it starts super early – a little too early to arrange for childcare. I was disappointed, but I told him to take the race and I would pick up a 10K virtual race over the weekend. I should hit 6.2 miles on Friday or Saturday, so might as well make that mileage the goal, rather than 3ish. However, I told him that I was going to text him when I was about 10 minutes from home, so he could draw a chalk finish line, and be waiting for me with the camera, a cold beer and maybe some confetti. I want it to be as official as possible.

In the meantime, I signed up for an amazing group called Who I Run 4. It’s an organization where runners and athletes are matched with people who are physically unable to run for themselves. In a few weeks, I will be matched with someone to whom I will dedicate my miles. I will be able to share pictures of races and training sessions with my match and I hope they will share their journey with me. I can’t wait to find out for whom I will be running in the upcoming weeks.

All work and no play isn’t good for anyone, and so, to distract myself from all the day-to-day obligations, I have been gorging myself on books. I discovered the Mortal Instruments series and am devouring them at the rate of a book a day. I’m currently on City of Glass and it’s so hard to put down. In fact, as soon as I finish this post, I’m going right back to it. I’m trying to ration myself, but I just need to know what happens, and I love the framework of angels and demons and all kinds of fantastical creatures.

And if you’re in a movie-watching frame of mind, run (do not walk) to see The Way, Way Back.  It’s a wonderful coming of age story that follows Duncan, an awkward 14 year old, as he finds himself while on vacation with his divorced mother (Toni Collette),  her boyfriend (Steve Carrell) and his snooty teenage daughter. The story is touching and poignant, the characters flawed and real and the casting is just perfection. I wanted to stay and watch it all over again.

And that’s where we’re at. Poor Molly doesn’t know what to do with herself with all the chaos. 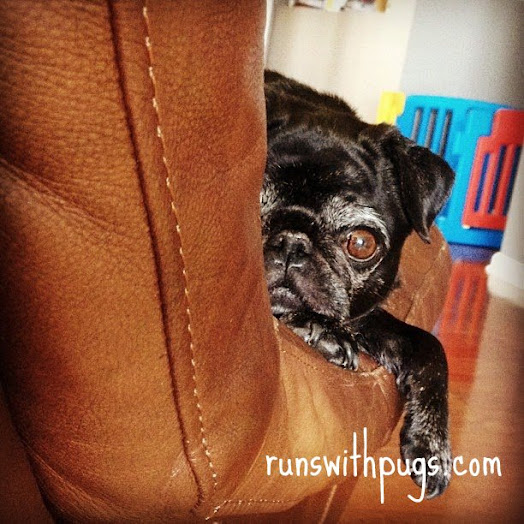 I think it goes without saying that she disapproves and would prefer more cuddle time and treats.

What are you up to this week?

Any great books or movies that you’ve read or seen lately?

PS. Don’t forget! If you live near or will be in the Jacksonville Beach area on September 7, you have until Monday, August 19, 2013 to enter to win a spot in the ZOOMA Inspired Yoga + Run session. Click here for details!