You are here: Home / Uncategorized / a christmas story virtual 5k

When I first saw A Christmas Story 5K advertised online, I may have mentioned to Mr PugRunner that I thought it would be awesome to fly to Ohio for a chance to run.

I mean, seriously? A Christmas Story is my favorite holiday movie (I make every effort to watch all 24 hours of the 24-hour marathon they play on cable on December 24 and 25). And to run past Ralphie’s house and claim a leg lamp medal? That is the stuff of which dreams are made.

However, there was a virtual option, and I told him I would be signing up, because adding a leg lamp medal to my collection would be pretty dang cool.

Even better? A running friend of mine decided to host the virtual race at her home.

Participants got a special code and had the option to send everything to T’s house. Unfortunately, there was some confusion, where individuals received their swag boxes at their homes, so it kind of ruined the surprise, but that was ok. 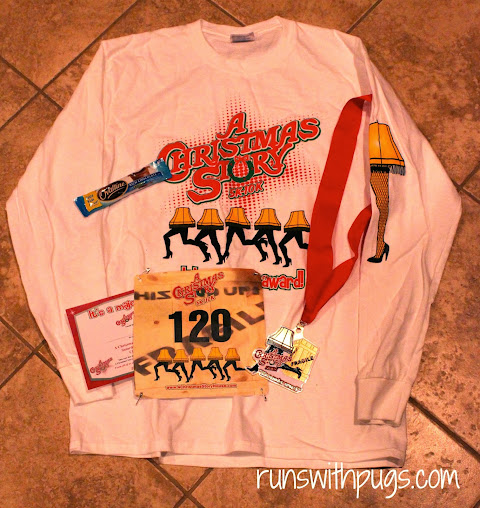 T set up a Snowman Shuffle for the kids, complete with a snowman medal, and I offered to take my run earlier in the day, so I could help with photography or anything else she might need. Also, Mr PugRunner was planning to run (even though he wasn’t keen in me going to Ohio, he wanted a piece of that major award leg lamp, too), so someone would have to stick around with little man while he completed the course).

It wasn’t quite the same, but seeing as how this was the first time I had run since Space Coast, I’m kind of glad I did it on my own. Which is code for I didn’t do the best job ever.

I prefer to cut myself a little slack, though. For every not-so-good run is a great run waiting to happen, right?

We got prepared to head out, but we hit up another little road block. Mr PugRunner had a sebaceous cyst on his back. It was beginning to bother him, and since he had already needed to have one surgically removed from his arm, he went to his PCP to see if there was anything that could be done. The doctor’s solution was to make a small incision to drain it. And while it wasn’t hurting him, physical exertion (such as hanging Christmas lights) led to some less than desirable end results. He thought he would at least be able to walk the 3.1 miles, but as the day wore on, it became clear that he would be sitting this one out.

Fortunately, he was quickly given a job. 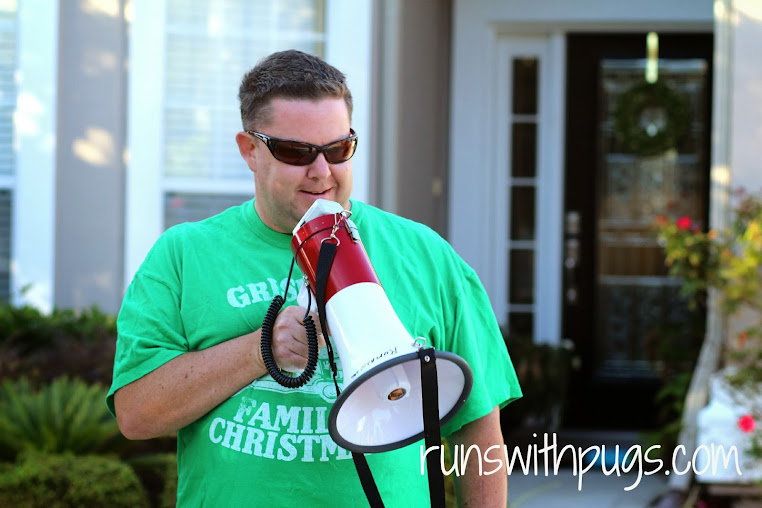 He really liked that megaphone.

Little man was eager to get started. 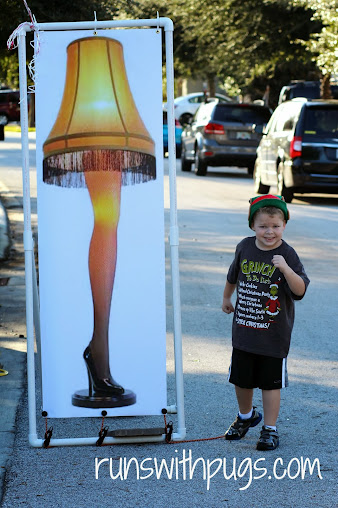 And we had to get a family picture since we were all dressed so festively. 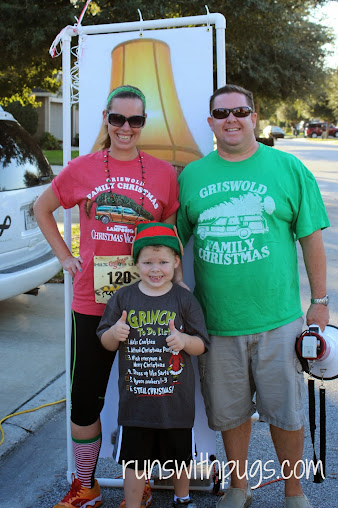 After the kids did their (adorable) little dash, the grown ups and older children headed out for the 5K, some with jogging strollers and some without. Everyone had a blast running the designated course and were soon crossing the finish line before heading inside to celebrate with some tasty treats and beverages.

Little man was thrilled with his new bling. 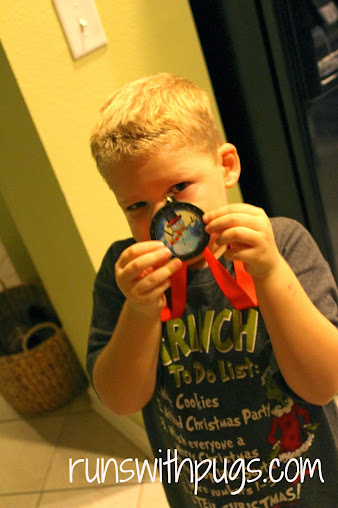 Unfortunately, Mr PugRunner’s back was getting uncomfortable so we couldn’t celebrate for long. We said our goodbyes and headed home, thrilled to have spent time at such a fun event.

It was a great way to have a virtual race. All the fun of a group run with the added benefit of swag. I would definitely love to do it again, for this run and maybe for others.

Did you get to run the actual Christmas Story race this year?