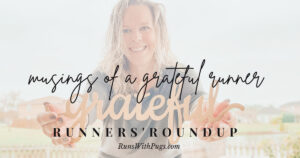 You are here: Home / Uncategorized / our trip to paradise – part ii

Read Part I of our Atlantis adventure here.

Mr PugRunner and I have very different vacation styles. He is all about sprawling out by the pool, ignoring times and schedules, getting up only for cocktails and cooling dips in the pool or ocean. I prefer to explore and tour. I like to stay busy and I like to see everything there is to see in the areas we visit. However, this was his birthday trip, and with the exception of our two dinner reservations and our Dolphin Cay excursion, I vowed that I would let him set the pace, and not rush him or tie him down to any kind of itinerary.

And it worked out. We lounged a little bit. I had some books with me which made it more palatable.

I’m not going to lie. These helped, too.

We spent the days wandering around Aquaventure (the name for all of Atlantis’ pools/slides/water features), hopping on the lazy river if we felt like it, people watching if we didn’t.

I wussed out and took my shark-viewing via the Serpent Slide.

We both enjoyed plenty of time on the lazy river/rapids. It was great the majority of the time we were there, but as the weekend crowds started to arrive, it got a little more dangerous. Too many tubes (especially large groups of people holding on to each other) made the narrow rapids tricky to navigate, and there were a lot of people being flipped out. I got knocked into a panel box on the wall of the canal, and got banged up when my foot got stuck, while Mr PugRunner got flipped and slammed against a rock. We were both ok, but we opted for other activities when the river was too tight for comfort.

We went to the beach

and explored all the aquarium and viewing pools throughout the property. I can’t even begin to name all the different species housed at Atlantis. Many of the marine animals are rescues and rehabs from other areas and aquariums, which is really cool. We saw hammerheads beneath a rope bridge, sawfish and sand sharks in a plexiglass tunnel, nurse sharks and black nose sharks via the water slides, jellyfish, starfish, manta rays, turtles, giant moray eels and all kinds of fish. Seakeepers would feed different animals on an hourly basis and hang out near the enclosures to answer questions if you happened to be around for the event. Unfortunately, we only caught the tail end of a turtle feeding, but it was a neat feature.

For Mr PugRunner’s “birthday dinner,” we dined at Nobu. We are both huge sushi lovers, so this was a big deal.

Our server recommended that we order a few cold appetizers, followed by one or two hot appetizers, and then finish with sushi. We had brought our appetites, so we gave it a shot. We enjoyed classic edamame and a delicious spicy tuna salad, served with crisp cucumbers and perfectly kicky sriracha dressing. This was followed by gyoza made with wagyu beef instead of pork, which made for a nice interpretation of our traditional favorite. By this point, I was close to full, so I ordered just a shrimp tempura roll, while Mr PugRunner treated himself to two different rolls. Everything was fresh and perfectly prepared. Service was great, and I was so glad we got to experience Nobu, even if it wasn’t in New York.

The next night, Mr PugRunner wanted to try his luck in the casino, so I left him at the blackjack table and wandered around with my camera. There were just so many beautiful shots to capture, and I had a lovely time poking around on my own.

On our final evening, we dined at Casa D Angelo. I was kind of eh about going here, but I was wrong. I couldn’t find fault with a single thing, other than there was no way I could eat even half of the amazing food served. We got a bottle of La Crema Pinot Noir