You are here: Home / Uncategorized / distractions

Today is the day I get back to running. I was having some issues with my left side (everything from the glute on down just kind of broke after my last half), and so I was decided the best plan of attack was to take a nice, long rest.

But I’ve managed to keep myself busy.

Little man’s baseball season started, which means that he has three practice periods per week (one for football and two for baseball), along with a weekly football game.  Add to that some after-school activities and other commitments with volunteering and it has been insanity.

You know what they say about all work and no play, though.

In the past eight days, I have been gorging on some really awesome experiences.

For one thing, I am in a reading phase. I sort of fell out of it before Christmas, but it is back on and I am pretty absorbed in going through as many books as I can devour.

I am currently working on

And, for when I am finished, I will be reading

At the rate I’m going, that should get me into the first week of February, and I have no intention of slowing down. The written word is addictive to me, and these books have been absolutely rewarding and satisfying to me.

We have also been lucky enough to try some fabulous new restaurants. I think we get into ruts sometimes and tend to stick with what we know. I think it’s a security thing. Well, in the past week, we threw caution to the wind and tried some new (to us) establishments.

On Wednesday, we went to Bistro Aix. Friends have raved about it, but it just never happened for us. We sat at the bar (it was super crowded because of an event), enjoyed some cocktails and dug into appetizers. We split sesame tuna tartar (not pictured), blue cheese chips and a chopped salad.  Everything was phenomenal, and don’t worry. We had room for dessert. All the entrees coming out of the kitchen looked absolutely yummy, so we will be back to try some more menu items. 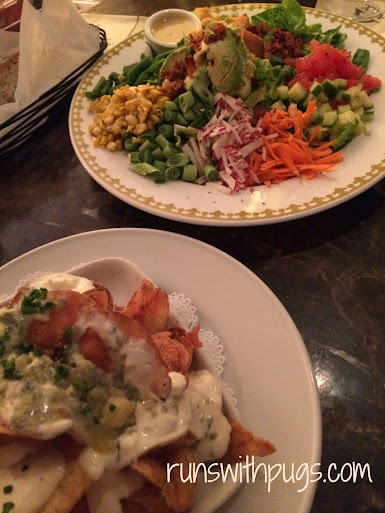 I also got to try Catch 27. How can I say this? It’s small. Tiny, in fact. I can’t imagine it being able to seat more than 30 people. There is also no liquor license so it’s bring your own beer (or wine. No corkage fee). But. BUT. The offerings and the servings were outrageous. Almost everyone at our table ordered the blackened shrimp served over cheese grit cakes, garnished with bacon and drizzled in sherry cream. I almost cleaned my plate. And tried to order more. 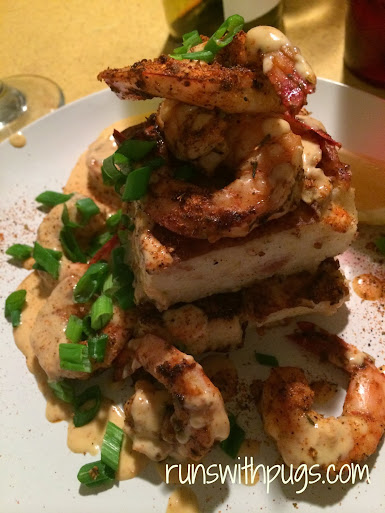 Apparently, waffles are a thing, now. I live in an area where waffles now make up three meals a day. Plain waffles for breakfast, chicken and waffles for lunch and dinner, and dessert waffles for… well… dessert. Cousteau’s Waffle and Milkshake Bar (yes, you read that right) is an absolute gem, serving something called Liege Waffles, topped with all kinds of sweet and delicious goodness. Like the Belafonte, spread with Nutella and sprinkled with fresh-sliced strawberries. 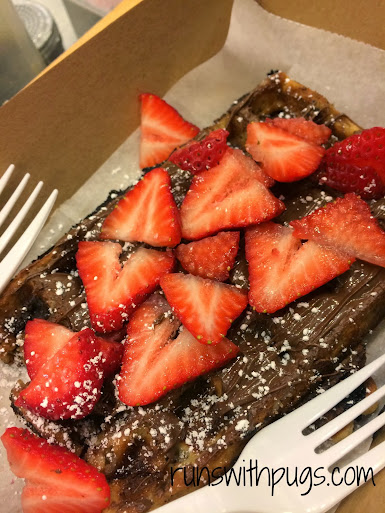 I need to go back to try one (or all) of their milkshakes (it was in the 40s and I had to draw a line). They hand-blended flavors like blueberry and cookie dough, and even one with maple and pecans and bourbon whipped cream. Heaven. I have been craving another treat since Saturday, and I’m hoping to talk Mr. PugRunner into a date night so we can make it happen.

Last, but certainly not least, we got to see Billy Joel in concert. Billy is one of my all-time favorites. He is so incredibly talented and humble and awesome. We saw him play with Elton John a few years ago, but this was the first time seeing him solo. 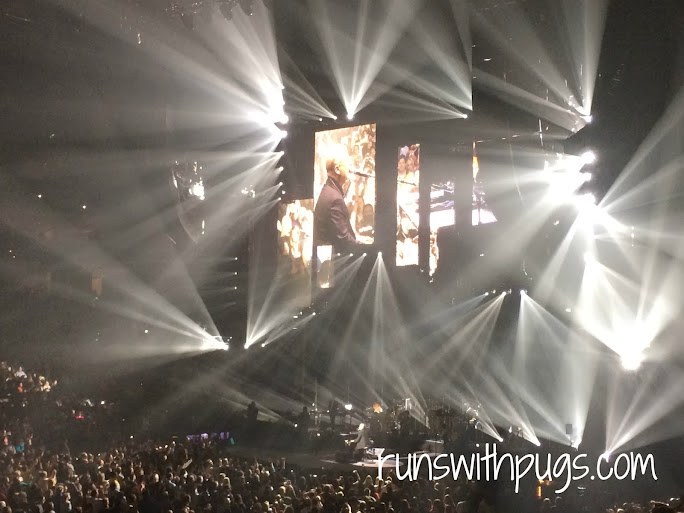 He played some not-quite-as-well-known songs along with the usual greatest hits, and it was just a perfect night. His voice and piano skills are still going strong, despite the fact that he has been performing for 50 years, and it was both a pleasure and a privilege to be at his show that night.

I’m really glad that we have had so much fun together and with friends over the last few days. It was definitely a lot all at once, and we will probably fall into a slump of very ordinary routine, but I hope we can keep some of the adventure going.

What are some things you have enjoyed over the last few weeks?

Have you read any of the same books? Or do you have any you can recommend?

Are dessert waffles en vogue where you live?