I’m pretty well ready. This week has had some major ups and downs, and I am looking forward to a fun-filled weekend to celebrate the highs and distract myself from the lows.

The weather has taken a turn, and it’s been gorgeous. Towards the beginning of the week, temperatures were cooler, but the sun has been shining and we have been treated to the most glorious sunrises, sunsets and cloud formations. I love it.

I had two good training sessions this week. One on Monday, where I put in about 3.4 miles in honor of the Boston Marathon, and a speed work session on Thursday. Both went pretty well.

Instead of completing six 400m repeats with recoveries of equal length, I measured .25 mile distances and used those as my repeats. It was just slightly farther than I did last week, but for some reason, I could feel it. I am still struggling with my middle repeats, so I have to train myself to gradually build up my speed, rather than starting and ending at the top of my game and floundering halfway through.

In spite of it all, I am glad to report that my miles for April have exceeded those for March, and that I have run more than 700 miles since I began. So, at least in some form, progress is being made. 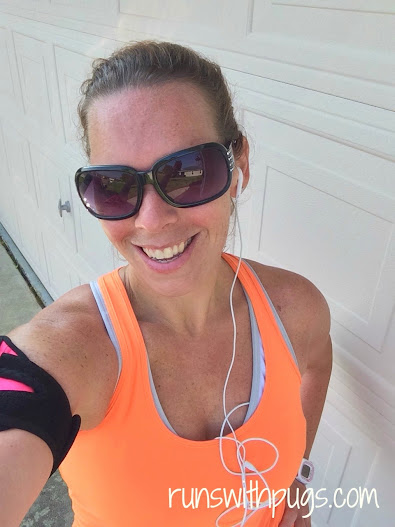 Next week should be the last week of less than interesting training. I am hoping to squeeze in three runs, but may end up with two. However, after that, it’s back to all systems go!

Is the change in weather from winter to spring having any influence on your training?

How did your week’s workouts go for you?

10 Responses to week in review