You are here: Home / Uncategorized / so, you just ran a marathon. now what?

Mr PugRunner drove us back to the Dolphin, where I hobbled, barefoot to our room (much to the amusement of the valet).

In the car, I had chowed down on a tube of cinnamon applesauce (yes, it was the best applesauce ever), and was looking forward to a scalding shower, and a dip in some epsom salts.

All in all, I was in decent shape. Despite the rain, I only had one little spot of chafing, which was on my upper arm where my arm pocket had rubbed. I also had an ugly bruise on the top of my right arch. On the inside, there was some soreness in my hips, and tightness in my shoulders (because I clench like crazy when I’m running), but that was all. Not too bad.

I showered, spent a few minutes soaking, and then showered again. The Dolphin has amazing shower heads.

After getting into some clean, comfy clothes, I sprawled out on the bed to dig into the rest of my snack box. I wanted to make sure my stomach would hold something before venturing out for real food.

That little snack made me realize just how ravenous I was, and so we headed out. We ran into our friends, who were also planning to grab lunch along the adjacent Boardwalk, so we all joined up.

Of course, everyone in the area seemed to have the same idea, but we managed to score a table at the Big River Grille & Brewing Company. I ordered a cheeseburger and a margarita, and I swear it was one of the most delicious things I had ever eaten. About halfway through the meal, despite the awesome company, I felt like I was going to fall asleep right at the table. No surprise, considering I hadn’t slept the night before and had spent half the day running. I was hopeful for a nap, but Mr PugRunner thought I should stay up a little while, so I wouldn’t be raring to go at 5:00 AM. Fair enough. We watched some more football before I was hungry. Again.

We had ice cream sundaes for dinner.

And I got a picture of me in my marathon shirt with my medal.

I was awake a lot earlier than Mr PugRunner would have liked. I was ravenous and I think my growling stomach woke him up. He was a good sport and got ready really quickly so we could have breakfast. The one thing I was going to miss about marathons and marathon training was all the food, glorious food.

Our plan for the day was to go to Universal. I really wanted to visit Hogsmeade and Diagon Alley. We would play the day by ear, depending on how my body was feeling, but I was actually feeling really good. My hips were a little stiff from sleeping, but I had no doubt I would walk that out in time.

Universal Studios was very quiet, even though we didn’t arrive until well after the park opened. I was stunned to see that there was only a 15 minute way for Harry Potter and the Escape from Gringotts, and decided to be brave. I usually avoid a lot of the simulator rides, but Mr PugRunner had already gone on it and said it would be ok.

I didn’t love it. But I was proud of myself for stepping out of my comfort zone.

Mr PugRunner wanted to go on a roller coaster, so we hopped on the Hogwarts Express to Hogsmeade.

It seems Mr PugRunner had never been on The Incredible Hulk Roller Coaster and I intended to take him. We enjoyed the walk over and hopped right on. I think it was the most intense coaster Mr PugRunner had ever experienced, and I loved the adrenaline rush.

The sky was turning threatening, so we decided to get lunch and call it a day. We had no desire to sit on I4 in a bad storm, and we wanted to beat rush hour traffic. We made it home just in time to pick up little man from school, and to enjoy an amazing meal of spaghetti, meatballs and sausage, made by my mom.

I kind of don’t know what to do with myself. I don’t necessarily feel like I’ve done anything great or impressive or earth-shattering. I don’t feel changed or like a champion. I want to be more proud about the whole thing, and I hope I’m still just processing, because it would be nice to be excited.

It’s possible that I’m just disappointed in my performance. That’s only a little silly, because hey. My goal was to finish 26.2 miles, whether I ran, walked, crawled or rolled. And I did that. On my feet. With an actual smile. I didn’t give up. And that’s got to be good for something, right?

Will I ever do this again?

LOL no. Look. I love running. I love training. I love racing and everything that comes with it. But 26.2 isn’t my jam. It was one hell of a challenge and something to check off my bucket list, but there is absolutely no desire to sign up again. I don’t even want any kind of redemption race, which is unusual for me. Whenever I have had a run that I deemed “less than”, I am desperate to get back out there and give it another go. Not this time.

This marathon consumed me. I spent so many months training for it, so much time thinking about it. It was, perhaps, too much. And that’s ok. I never went into this thinking it would be anything more than a one-0ff. There may come a day when this changes, maybe when little man is older and now that I truly understand what I am getting myself into, but it’s absolutely nowhere near my radar for a good, long time.

I haven’t exactly been resting. I took a week off, treated myself to new shoes, and went out to Amelia Island for the ZOOMA Women’s Series 12K on Saturday. I took it easy and didn’t push it. Everything felt ok, including my foot, and I was good with that.

Tomorrow, I am going to try my first bootcamp class, because I need to figure out some kind of strength and cross training routine, and in ten days, I am participating in a relay to support a local children’s hospital (one that took excellent care of little man’s heart issues when he was born). And then…

Then I have goals. I want to shave down my 5K time significantly, so I will need the extra strength and I will also need to make time for consistent speedwork. I also would like to keep my training at a point where I would be comfortable signing up for a half marathon on the fly, if the desire arose. Generally, I’m more of a planner, but I want to keep my weekly runs of 3-4 miles, and have long runs ranging from 6-10 miles over the span of a month. I think it will be enough to keep my body in good form, as well as to be well prepared for those 13.1 milers.

So we conclude the 2015 Walt Disney World Marathon, with words from one of my favorite long-distance runners: 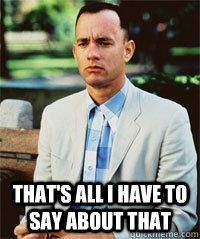