It was kind of a bizarre week. I was maybe a little lazy in some ways and a beast in others, so I guess it all evens out. I will make up for it with 11 kazillion pictures.

I got up early to squeeze in a run before running to the bagel store to get breakfast for my parents. 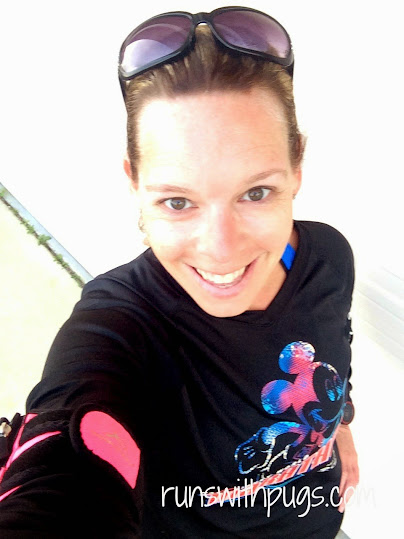 It was a fantastic run and I was flying high.

Mr PugRunner had to stay home so that he could be online at 9:00AM to try to register for the Space Coast Half Marathon. The race sold out in 13 minutes but he managed to secure his spot! Whoo hoo!

After breakfast, little man headed off with my parents for the night (no school on Monday) and we just hung out the rest of the day. We watched Million Dollar Arm and ate sushi takeout for dinner.

I am really beginning to appreciate these lazy days.

I was planning to get up for boot camp, but then Mr PugRunner mentioned possibly going out for his five miles, and I thought it would be nice to join him again. I only wanted to do three, so we chose a route through our neighborhood and split off when I was done with my portion.

We decided that we would go see a movie before we picked up little man. There are bunch of things in the theater that I wanted to see, but we decided on Kingsman: The Secret Service. 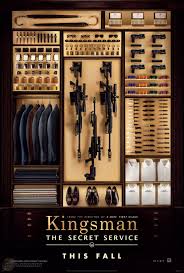 You really can’t go wrong with Colin Firth. And what they never reveal in the previews? There’s a pug in it. So you know I loved it by default. But honestly, it was pretty fun and action-packed with a great cast.

Three days of running in a row! In spite of the horrible wind and rain, I dragged myself out to the bridge to get in some inclines.

It’s been a long time since I did time on this beauty. Maybe too long. But I was pretty proud of myself for overcoming the less than ideal conditions. 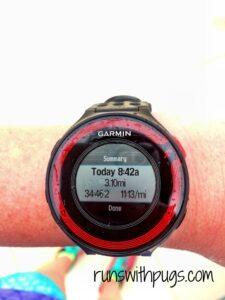 The rest of the day was downright nasty with a cold, dreary downpour. However, some of my friends had a movie night planned, and I went out in the rainy night to join them.

You can probably guess what we saw. It was nothing short of awful. I mean, I don’t think anyone expected it to be good, but I was hopeful it wouldn’t be quite THAT bad.  Of course, the source material was pretty miserable, so I guess they did what they could with that, but  I will most certainly not be seeing any of the sequels. On the plus side, I got some time with some fabulous ladies, and got to see a bunch of great trailers for other movies I would rather see.

For some reason, I didn’t get myself together in time to go to boot camp. Fail.

I promptly rewarded myself by snagging this treat at CVS, when we stopped in to get passport photos.

They are both delicious and dangerous. I justify it to myself by the fact that I never eat both cookies from one Oreo. It’s really all about the filling to me, so I take off the top cookie, toss it and enjoy the rest. My willpower has been on point, because I think only six are missing from this bag. 😉

I volunteered at school most of the morning, then ran some errands, before rushing home to get ready.

It was date night!

Up first? Dinner at Ruth’s Chris Steakhouse. I promised Mr PugRunner that we would go there to celebrate the marathon. I honestly don’t eat steak, but he was such an amazing support to me for the training and the race that I wanted him to have a superb meal. He has been wanting to try Ruth’s Chris for a long time and it seemed the perfect opportunity.

We toasted with a delicious pinot noir, and then settled in to dinner: we shared the spicy lobster appetizer, and then he had the cowboy steak and I ordered the blackened salmon, and we split the one pound loaded baked potato (I am obsessed with baked potatoes). We splurged on dessert: bread pudding for him and apple tart for me. I only wish I was wearing my eating pants. Everything was phenomenal and we had a lovely time.

But the night wasn’t over! For Christmas, Mr PugRunner had given me tickets to see Jason Mraz! We headed over to the theater for the show. While we waited, we took in the beautiful views of our city.

Before the show started, Jason Mraz came out on stage to thank everyone for coming. He chatted a bit, and was quite funny. It was a really nice touch, and I don’t think I’ve ever seen an artist do that before.

He performed with his collaborator Raining Jane, and they played for almost three hours (with a brief intermission)! It was wonderful.

They are all incredibly talented musicians and it was such a lovely evening.

I had grand plans about getting up for boot camp, but since we went to bed incredibly late, I wussed out. Boo for me.

My parents invited me to join them for a movie and I was thrilled that they wanted to see McFarland USA. 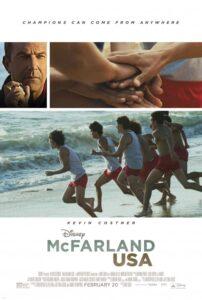 I will post a review later this week, but I loved every second of the movie and want to go see it again.

Mr PugRunner got up before dawn to go run in the 8K River Day. It’s one of the races he normally does solo and he really likes it. We had talked about me and little man coming down to watch him, but it was freezing out, and we had a crazy busy day ahead of us, so thought it might be better to let little man get his sleep so he wouldn’t fizzle out throughout the day.

I went out for a run when he came in. For some reason, I struggled. Probably because the weather heated up very quickly and because I didn’t fuel properly beforehand. Sigh. Lesson learned.

After a quick shower, we were off.

First stop? Little man’s karate test. He had been invited to test for his orange-with-white-stripe belt. Please indulge a proud mommy for a minute.

He did an amazing job! For the last portion of the test, the yellow belts had to break a board with their bare hands!

He didn’t even hesitate.

I cannot say enough good things about his instructors and what martial arts has done for him in the last few months. It’s probably my favorite of his sports and I hope he chooses to continue with it for a long time.

We grabbed a quick bite to eat and then it was off to baseball practice. The season is getting ready to start, so these last practices are all about squeezing in the last minute instruction.

After that, I went home with my mom and Mr PugRunner, Papa Bear and little man headed off to a basketball game where the Harlem Wizards were playing a team comprised of local teachers and school administrators.

Judging from the pictures and videos, it was epic. Little man got a chance to practice with the team and was dancing in his seat the whole time.

I was annoyed with myself for lacking on boot camp and for not even bothering to do any weights at home but I’m making up for it this week. My schedule is about to undergo a huge overhaul too, so it will be interesting to see how I manage my time going forward. New adventures are always exciting, though, so it will be a good thing.

What’s your favorite sport, outside of running?