This was a busy, busy week. We had a big event going on at school, which I co-chaired, as well as some travel for a great event. I started at my new job, and in between all that, I had some training to squeeze in. Good times.

With Mr PugRunner out of town at a bachelor party, little man and I were on our own.

We had one stop we had to make: delivering a cake for a baby shower.

And then the rest of the day, we ran errands and did stuff around the house before the start of the week.

First, I had to get little man to school with his project. They were celebrating 120 days of school (not sure how they missed out on the 100 Days hoopla), but he and my parents had put together this magnificent presentation board of 120 goldfish in a bowl. It was pretty impressive, to say the least.

Afterwards, we had a final meeting for Friday’s run-a-thon and then I was off to the bridge for some running.

It was later than I usually like to run, so I was hitting the bridge in the noon sun. Not my brightest idea ever, but it needed to get done.

And for all that, it didn’t go so badly.

Nothing much to report. I had my first day, and then it was right out the door to get little man to his first baseball game of the season. It was an incredibly long and late night for all of us.

I wanted to get up for boot camp but it didn’t happen. This is going to be an attitude that will need to be rectified.

After school, little man got to go to karate. I am loving seeing him improve week after week and class after class. He is learning so much in his transitional classes (from 25 minutes to 55 minutes) and I love it. I chatted with the owner of the dojo a little bit, and he invited me to come in to try a class. I admitted that I am terrified of hurting myself (and/or making a fool of myself), but acknowledged that it’s all in my head. So we’ll see.

I did NOT want to do this run. There was not one part of me that was into it, and my legs were like lead the entire time. I couldn’t find a groove and I just hated every second of it. The worst part was that my lungs just didn’t want to cooperate. I toughed it out, though, and so my last long run before Gate River Run was pretty dismal.

I’m hoping to make up for it with a couple of speedier, tight runs this week.

Mr PugRunner took little man to his baseball game while I stayed home to sort out some last minute details for our run-a-thon,  finish laundry and pack for our weekend road trip.

The day started before dawn, so I could get to school to help our awesome team set up and prepare for our annual run-a-thon. The weather was ugly, cold and threatening rain, but we pushed through. We had great participation and the kids were all so excited to run.

As soon as the day was over, I hopped in the shower, and we hit the road!

Five hours in the car after the day I had just had was nothing short of exhausting, but we were all so excited for this wedding. We checked in to our hotel a little after 9:00 PM and I was asleep in minutes.

A bright spot: I checked my email along the way, and found that I had been accepted as a Girls Run Fast Ambassador! 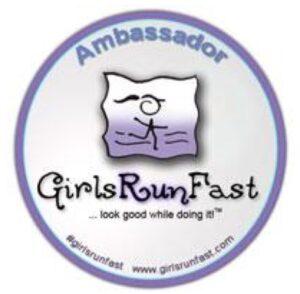 I am honored to be representing such a great group, dedicated to helping women celebrate their achievements. Be sure to check them out if you’re looking for beautiful and unique running gifts!

We woke on the early side and headed into Ft. Lauderdale for breakfast. Mr PugRunner really missed the area, and wanted to walk to the beach, which ended up being about 2.5 miles. A bit longer than I felt like doing, but it was a great cross-training moment.

And Mr PugRunner got a little bridge training, himself.

In spite of it all, the view was gorgeous.

When we finally made it back to our car, Mr PugRunner surprised little man with a  trip to his first-ever comic book store. We could have spent hours in there, but we walked away with several Spiderman and Star Wars books.

We had wings for lunch at one of our favorite places

and then tried to take a nap before the wedding.

Our hotel was about 10 minutes away from the house where our friends would be exchanging their vows, so it worked out perfectly. The only thing that wasn’t really cooperating was the weather: scattered showers and strong winds kept threatening. Boo.

It was a beautiful night. We haven’t been to a wedding in years, and there was just so much love. We were honored to be in attendance.

Little man enjoyed catching up with his buddies and we made plans to get together as families soon. Yay! Sending all the love in the world to J, M and the kids. <3

All in all, it was a fantastic week. The weather has been wonky, jumping from near-freezing up into the 80s and back down again, with rain and pollen and pretty much everything else. I’m not thrilled that we seem to be skipping right over spring, but such is life in the Sunshine State.

How was your week in workouts?
Did you do anything special over the weekend?