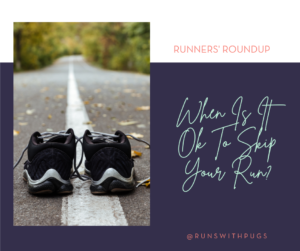 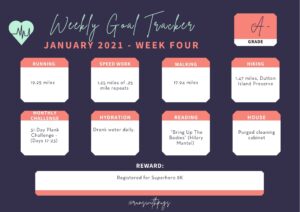 This was not a great week for running or working out. Little man was down with some breathing issues and Mr PugRunner was out of town.

It was a soggy, foggy run, but I didn’t care.

We picked little man up from my parents’ and enjoyed a nice breakfast with them.

Afterwards, Mr PugRunner surprised me with a trip to the AT&T store, where we upgraded my phone. I’m still getting used to the larger size and some of the differences between that and my older model, but I guess I will figure out.

Of course, the biggest issue I’m having is that I need a new running holder for it. I’m not sure if I should go with a larger Armpocket, a Flip Belt, or a new Hip Sister. Thoughts?

I had a bit of catching up to do on Monday, so I got right down to it.

When little man got home, he was complaining that his chest and stomach hurt when he breathed. Of course, we were incredibly concerned, so we took him to the doctor. The verdict? Complications from his horrendous allergies. We came home with a nebulizer and set about with treatments, hopeful that he would be on the mind.

The nebulizer seemed to be doing the trick, so little man went back to school. After I dropped him off, I met up with a girlfriend so we could get in a nice long walk (and talk). It was lovely and much needed for both of us.

Mr PugRunner also left town for a few days to visit with family.

Little man came home, happy but tired, so I decided to make it a movie night. Together, we rented Alexander and the Terrible, Horrible, No Good, Very Bad Day. He thought it was hysterical (I didn’t watch much of it at the moment, but on later viewing, enjoyed it). After I got him to bed, I pulled up Into The Woods for myself. Loved it.

After a rough night, we were back at the doctor. Boo.  Things worsened a little bit so we had to go to the next level in medicine.

Nana and Papa Bear spent a little time with us and treated us to lunch, so it was nice to get a bit of break. After they left, we just hunkered down to relax. Neither one of us was in much of a mood to do anything, and so taking a break just felt right.

The day ended on a high note, with an email from FitFluential! I am now an Ambassador for this wonderful group, and am so excited to be part of the team! 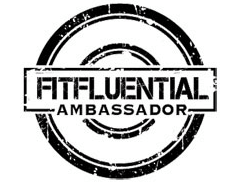 Little man and I had kind of a PJ day. He needed some time to rest and let the new batch of meds do their work. He was in great spirits, which helped quite a bit.

Fortunately, Mr PugRunner came home around lunch time and we were all thrilled to see him! We spent the rest of the day catching up.

We also had the most beautiful sunset. Like cotton candy.

I had an eight hour work day ahead of me, so I needed to get up and out the door incredibly early. I really dislike running in the dark, but the sunrises make it worth it.

The day was amazing – nice and busy – and I came home to a very happy family. We celebrated little man’s perfect report card and had a lovely evening, in general.

It was time to get out of the house. Finally!

First, we made a little trip to see the Easter Bunny,

And then, it was off to the movies to see Home. 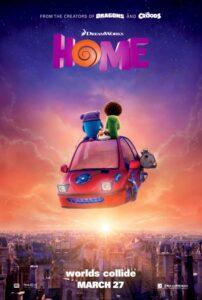 We don’t often hit movies right when they are released, but we made an exception (anything to avoid seeing Spongebob on the big screen!). It was a full house, but the movie was fun and engaging and we loved it!

When we got home, I took the opportunity to start packing my bag for Sunday’s March To Get Screened 5K. Temperatures were going to plummet, so layers were going to be the theme of the day.

This was the rest of my night.

Apparently, the princess had had quite enough of not getting 100% of my attention. Fair enough, little pug. Fair enough.

So, it wasn’t a great week as far as running was concerned. On the plus side, there were definitely some yucky, rainy days thrown into the mix, so I don’t feel like I missed out too much, but on the other, I don’t love having to take that much time off. Of course, we are incredibly grateful that little man is feeling better, even if we do have to take it easy on his activities for the next couple of weeks until his lungs are stronger and the pollen has reduced a little.

On to better days!

How do you carry your phone while running? Armband or some kind of belt? 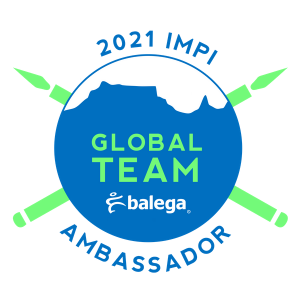 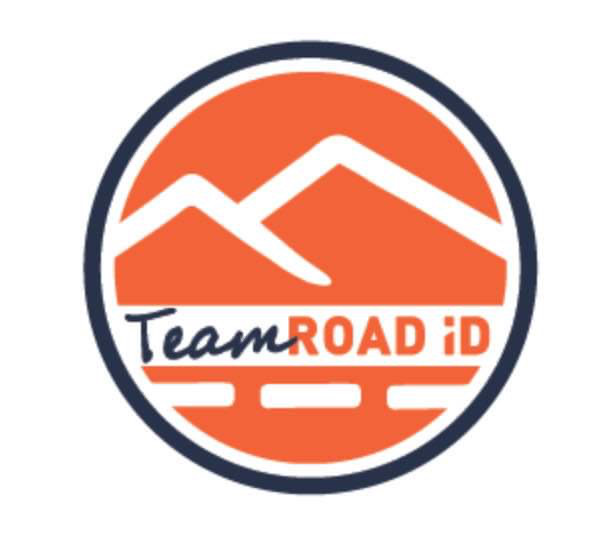