Happy Monday and May The Fourth Be With You!

Yup, it’s May already. We had a great April and the fun is just going to continue. Summer is right around the corner, and while I won’t be getting all that much of a vacation this year, it will be nice to have little man out of school and doing fun things.

Here’s how the week played out.

The big day had arrived! While little man was still at my parents’ house, we worked hard to get everything set for his surprise guests. The bounce house arrived and we set out the rest of the decorations and food.

Little man was so surprised!

Everyone ate and drank and played to their hearts’ content, and it was just the most lovely way to spend the day.

Obviously, we were all pretty tired the next day, so instead of getting up early to run, I got up early to finish clean up. I also had an appointment at the Apple store to get the camera in my new iPhone fixed – it had been glitchy since the day it was purchased and it needed to be dealt with. I was able to get a bit done while I was waiting for it to be replaced, so at least it was a productive day.

I was glad to squeeze in a run before work.

It definitely starts the day right.

When I got home, we went to karate, and I spent the evening tidying up for little man’s 7th birthday the next day.

We started the day with a candlelit donut, per his request.

We dropped him at school and then it was home to finish up his cake. He wanted a share cake that looked like a block of Minecraft dirt. Done.

My parents showed up a little early and mom helped me out by wrapping his presents (she’s one of the world’s best gift wrappers so it was welcome assistance).

When little man got home from school, he was so excited to open his presents. He got Lego and some new sheets for his new mattress from his grandparents (which may well be one of his favorite gifts). It was a good day.

I had to add some scrambled eggs and sausage for balance.

Little man was thrilled. It really is one of his favorite meals.

And then we had cake.

I just can’t believe he’s seven! Where is time going?

Now that the big birthday was over, there were other projects to which I had to turn my attention. It was a pretty busy day of work and when I got home, I had to do some editing for a photo client. I was glad to be able to check another thing off my checklist.

The weather was absolutely gorgeous. It was practically cool. I decided to make up for my low mileage week by going out for four miles instead of my usual three point one.

Mr PugRunner and I had a much-needed date with Avengers: Age Of Ultron 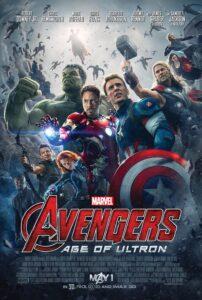 We both loved it, although we both need to see it again – so much happened and it was easy to get distracted. My favorite character had a lot of airtime, which was nice to see, and even though it wasn’t an epic film, it was entertaining. James Spader’s Ultron was perhaps one of the most fun villains ever.

Afterwards, Mr PugRunner and Papa Bear went to pick their horses for the Kentucky Derby, while little man, my mom and I headed over to school for a big basket raffle event they were hosting. My mom won a huge laundry basket and an Italian night basket! There were some great prizes and it seemed to be a great fundraiser for the school.

I was planning to run a local 5K this morning, but somehow, it just didn’t work out that way. I was a little bummed, but we had a lot of stuff on tap, so I moved on.

Little man has his last baseball game of the season. His team played great!

Afterwards, he went with Papa Bear to see Avengers while I got a much-needed haircut with highlights. Yay!

My mom made a yummy dinner (I didn’t get to have lunch so I was pretty ravenous) and then we headed home.

The week flew by because we were so busy. In some ways, that’s great. In others, I need a bit of a break, too. I’m pretty happy with where my running is at, and I was thrilled for the cooler temperatures and overcast days.

What’s a movie you saw recently and loved?

I am not a doctor or medical professional, nor do I play one on the internet. This blog reflects my personal experiences on my own fitness and running journey, and the processes that work for me. Before you begin any exercise regiment, please consult your physician.
Sunrise on the water and temperatures in the 60s?

One of my favorite things to do is travel. There i

Happy Tuesday! Another busy day around here. I la