Today, we remember those who have given their lives in service to our country. Your sacrifices will never be forgotten.

I will be dedicating my miles today to Army Spc Zacahary Myers, who was killed in Operation Iraqi Freedom on September 8, 2009.

It was really nice to have nothing planned. I mean, yes, we had some errands, because there are always errands, but after that? Nothing. Mr PugRunner took little man to the pool. I did some organizing and cleaning. We had a nice dinner together. And that was that.

Ugh. I was NOT digging this run. I had a nasty little headache – not enough to keep me in bed, but just enough to annoy. I sissied around the house for a little bit before deciding that I should just suck it up and go run.

I will admit, my head hurt, but eventually, it dissipated. 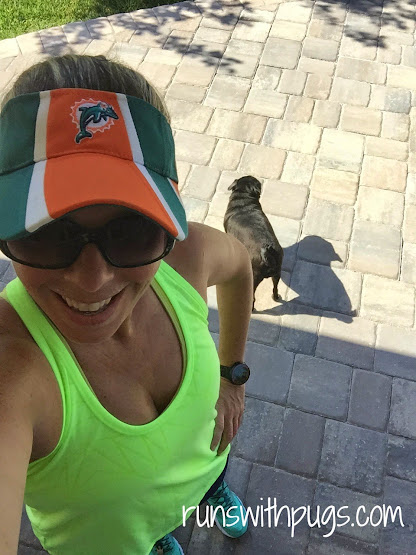 Unfortunately, my good buddy the alligator is back. And bigger. Eek.

I make sure to stay on the other side of the road.

The evening was a lot of rushing around – getting dinner down before karate.

One of Mr PugRunner’s colleagues was coming into town, so little man and I were pretty much on our own for the evening after school and work. It was ok – we were able to have some fun and get to karate, too, so it all worked out.

We are at the point of the summer where I absolutely need to start getting up earlier to run. And my intentions, again, were great. However, our neighborhood Facebook page threw me for a bit of a loop when someone posted on Tuesday night that there was a “bear… a big one” in the back of the community. I think bears are great and all, but I have absolutely no desire to bump into one in the dark on a run. Call me crazy, but I’ll take my chances with the heat and sun. 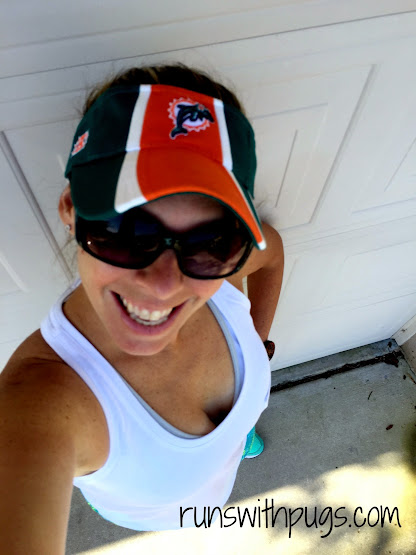 Mr PugRunner had afternoon lunch and meetings so I took little man out to dinner, just the two of us. We don’t do that nearly enough and it was a lot of fun.

It was a great day at work, and then we just had a lovely night off. Mr PugRunner marinated some skirt steak and we grilled that and corn on the cob for dinner, which was really nice. We needed some downtime and this couldn’t have come at a more perfect moment.

On Friday, Mr. PugRunner closed the office early and we went to do errands together. We honestly haven’t spent much time together since our trip so it was nice to get out.

We had lunch at BURGERFI for the first time. It was pretty delicious.

Then we picked up our race packets for the Florida Striders Memorial Day 5K, and picked up a few more things.

When little man got home from school, we got his things packed. He was going to spend the weekend with Nana and Papa Bear.

And then I was off to a group run with some girlfriends.

A few weeks ago, there was a Wine and Chocolate 5K that a bunch of us were unable to attend due to scheduling. It was probably for the best because that was the same day that we had horrible storms and tornadoes in the area.

Of course, I hammed it up and wore my adorable Run/Wine thank with a Sparkle Athletic skirt. Because, why not?

It was a beautiful night for a run around the neighborhood with friends.

And we finished out the event with chocolate fondue and wine! Yay! 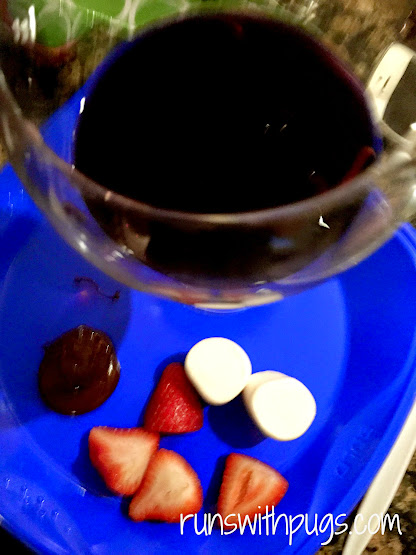 We even got these adorable, hand-stamped wine charms from Pink Lemon Design!

We had the day to ourselves, and we took it nice and easy. We watched American Sniper on pay per view, and then went out to lunch on the water.

After a brief nap, we headed out again to see Jeff Galloway give a talk on his Run Walk Run method. 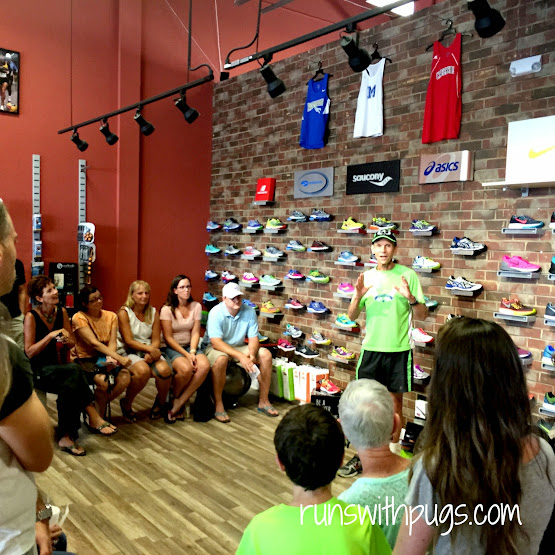 Jeff was incredibly personable and gracious, taking the time to stop and speak with all the guests, answering questions and signing copies of his book. This was the very first time I got to meet him, and he was very kind.

Not the most exciting week (except for the bear situation, I guess), but solid. I’m getting excited about some summer races, so that should keep my motivation up for Virginia Beach in a few months. Fingers crossed!

For those of you runners who are looking for some extra challenge in your life, don’t forget that Spartan Race is offering the code MEMORIAL for up to $40 off your next Spartan event. 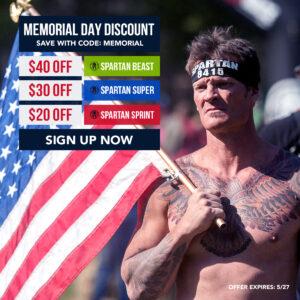 Or you can enter to win a free entry (open heat, non confirmed start time) to any Spartan Race in the United State by visiting my giveaway here.