I am feeling great about this week. I think I’ve finally worked through that little mental block, so that I could start bumping up my miles. It’s a little thing but it does so much for the motivation and getting out of a rut.

We spent the day at the pool with little man, our nephew and my parents. After a long day, we went to hibachi for dinner. We had a fantastic table side chef, and little man absolutely loves seeing his food cooked in front of him. It’s also nice that we can share a meal – he gets the chicken and I get the shrimp, and we each get rice, soup and salad.

And then we spent entirely too much time feeding the koi. Fun for the whole family.

Monday morning I was up and out for four miles.

I have said that I wanted to get in the habit of running four rather than 3.1, and it was time to take myself seriously. No rush, of course. It’s that time of year when I have to kind of let the times go and realize that the hard work now means I will be so much faster in the winter.

Nothing much to report today. We did a little karate, and that was about it.

However, I did get my new medal holder from York Sign Shop!

I wasted no time in hanging it on our running wall. In another couple of months, we will need another one to hang on Mr PugRunner’s side. I love watching this collection grow.

Wednesday was going to be busy from start to finish. I spent the morning putting the finishing touches on some Summer Celebration cookies for my friends, as a gift for her daughters. They were really fun to make.

These ice cream cones are almost better than the real thing.

Little man had early release from school, so he and I hung out for a bit, before he had to head out to karate and I had to go to my Prediction Run.

It wasn’t my best run (it was night and I was hurting a little), but it was fun getting out on a random night and running with a new group. 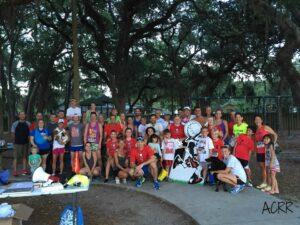 School’s out for summer!

Yes, little man had his last day of first grade. Of course, it was bittersweet, especially because he is going to miss his teacher so very much.

We made a very special gift for her: a chipboard storybook about things she could do this summer, complete with gift cards. 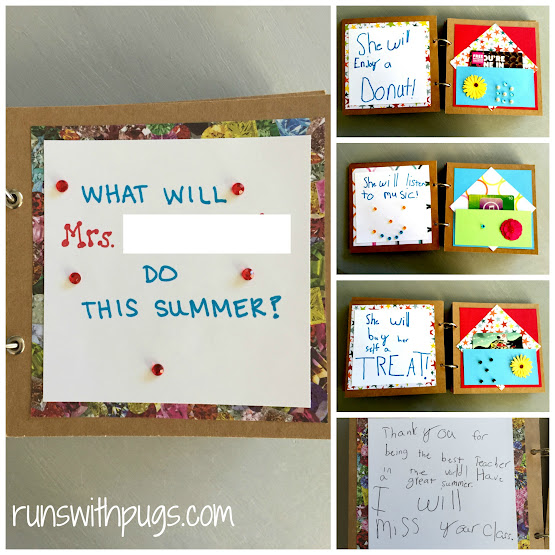 And the parents had a little surprise for the kids at the bus stop when they were dropped off for the last time! Water balloons and silly string!

When I got home from work, I grabbed little man and his bathing suit and headed over to my friend’s house. She was hosting an End of School Celebration, complete with hot dogs and a visit from a vintage ice cream truck. The kids took turns eating ice cream and serving treats from the back, and then played with water balloons and sprinklers. It was fabulous.

A perfect end to a perfect day.

And just as a funny aside… check out the rolling technique on this pretty princess.

Nice that our first day of summer was also National Donut Day.

I treated little man to a delicious breakfast in honor of that event.

Afterwards, we loaded up his backpack for two days at Nana and Papa Bear’s. They had all kinds of fun things planned for him, and he was excited to get there.

Mr PugRunner and our nephew decided to go see Entourage, but I opted to wait to see it with Papa Bear, and got a night to myself. I rented Jupiter Ascending and enjoyed it thoroughly.

While the boy slept in after that late night at the movies, I got up and vowed to do five miles. There was a time when five felt like no big thing, but I needed to get over the hump and get it done. 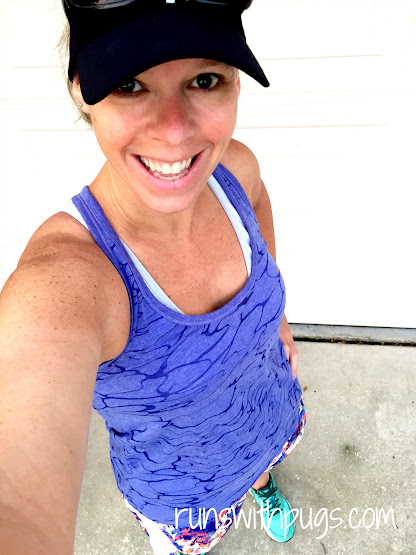 Mr PugRunner made me breakfast while I showered, which was really sweet of him.

Then it was off to work.

The guys decided to check out an arena football game, so I was on my own again. I made some popcorn and watched Wish I Was Here, which was absolutely beautiful. Sad, but beautiful.

I was asleep shortly after. Those early mornings can wear a body out!

So that brings the tally to 12 miles for the week. Far better than the nine I’ve been averaging. And now I’m more excited about half marathon training, even if it is during summer!

What’s something you love to do in summer?