This Memorial Day 5K has very special meaning for our family.

And now, there we are, back in Orange Park, ready to go for a third time. 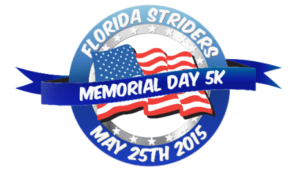 Obviously, this year, we were older and wiser, with a much better grasp on racing and the 5K in general. My mindset was that this was my last shot to hit a sub30 5K before the real summer began, but it was so hot and humid that morning that I was pretty sure I didn’t stand a chance.

We picked up my parents and little man on our way to the race site. 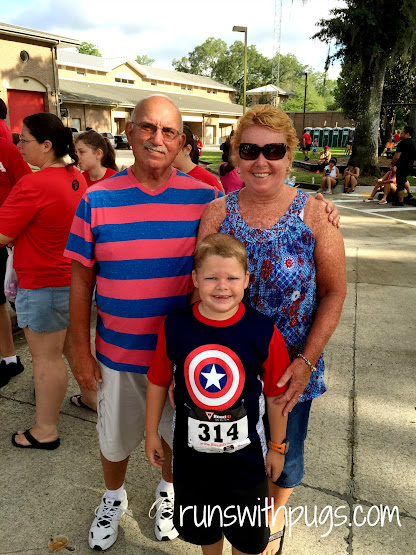 They were going to keep an eye on him while we did the 5K and then we would run the mile fun run with him.

Parking was ample, as usual, and we had plenty of time prior to the race to use the bathrooms and meet up with friends. 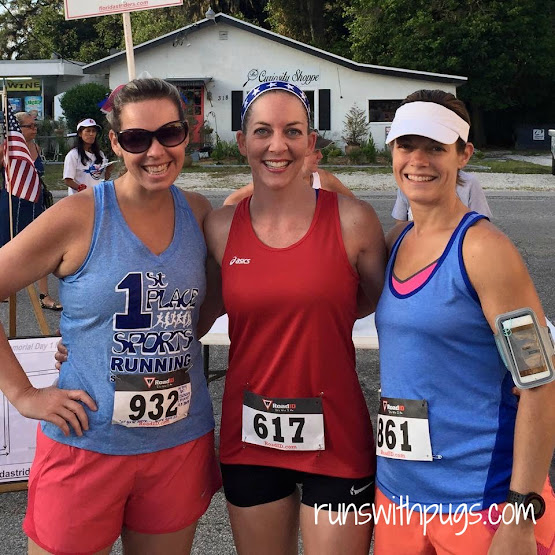 The race had a new course this year, so as we lined up at the start line, the race director spent some time reviewing the changes. My plan was just to follow the people ahead of me.

We had a moment of silence for those who made the ultimate sacrifice for our country and then the race began.

This has always been a nice event. It runs through some local neighborhoods, and it’s always shaded and quiet. It was, however, boiling hot and miserably humid.

I did what I could, carefully following all the twists and turns. It was a mistake to grab water at the stop. I was stuck between a rock and a hard place – I needed the hydration but it didn’t hit right, and came right back up. Whoops.

It was not a bad 5K, as far as it goes. A lot of corners, but it kept things interesting. Off the top of my head, I couldn’t make out the difference between the new and old courses, so I guess it wasn’t anything too major.

Not a PR, but my third fastest 5K, so that was promising. I was a little disappointed, but I just didn’t have it in me that day. I’ll try again when the weather cools down.

After our finish, we met back up with the rest of the family to wait for the start of the kids’ fun run. My plantar fasciitis was really acting up, but little man had asked me to run with him, and I didn’t want to disappoint him. After all, it was only a mile, and it was an out and back loop. I figured that if things got really bad, I could let him go ahead of me to the turnaround and pick him up on the way back.

There was some walking, but he was consistent and kept up a nice and steady pace. Towards the end, he started to drag a little, but once he saw that finish line, I was able to keep his pace and start “racing” him to the finish line. He loved that and we finished strong.

And apparently, in perfect sync. (Now, if only I could do something about that tragic pronation).

I love spending our holiday mornings like this. It’s such a rewarding way to start the day, especially when it’s in honor of those who gave so much.

Another 5K, rather successfully, logged. I have a clear calendar for June and plan to start racing again in July. I don’t love taking breaks, but sometimes it’s for the best. 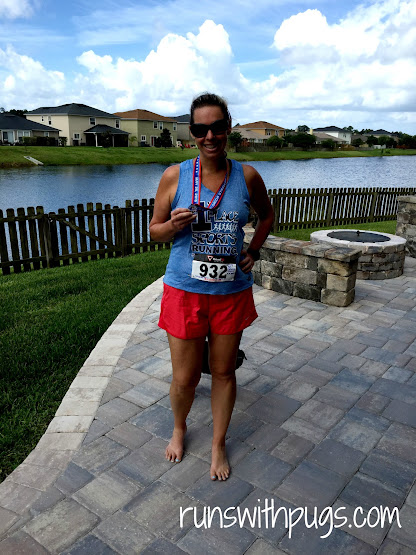 I hope that we can continue our tradition of running this race for many years to come.

What is the race that started it all for you?

Do you have a race that you run every year for sentimental reasons?