I can’t believe I only blogged one time last week! Sheesh! I guess summer vacation is having that kind of effect on me!

Now, that doesn’t mean I haven’t been working my rear off! A lot has been going on and motivation has been at an all-time low, mostly because of the heat. Ugh. During the day, I have zero desire to be outside at all. It is close to 100 degrees here, and it’s so important to stay cool and hydrated.

We did absolutely nothing on Sunday. I am pretty sure I stayed in PJs all day. We watched movies and lounged and it was perfection. Sometimes, you just need a day to recharge.

The highlight of the day was probably watching the Season Finale of Game of Thrones. This is, by far, one of my favorite shows, and probably my favorite book series. It’s going to be a looooong wait for Season 6. And for the final book to be completed.

There is really no better way to start the week than with a good, hard run. 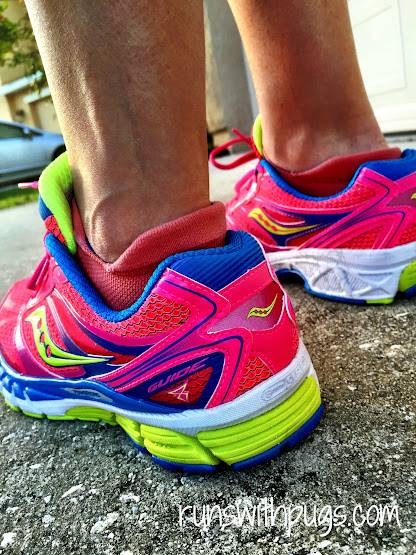 Afterwards, little man and I took it easy. He had karate that evening and a big week of swimming lessons and more classes, so a little down time was good. When class was over, we made the drive out to my mom’s house so he would be ready to hit the pool in the morning.

I had a great day at work. We had another night of karate and I decided that I would keep little man home and I would bring him to the pool the next day to see what kind of progress he was making.

Little man was good enough to sleep in until I was finished with my run.

It was the perfect morning for it.

We had breakfast and made it to his lesson a few minutes early. He played in the pool a little bit before his teacher arrived, and was raring to go.

He had made awesome progress in just one day. I can’t believe how far he’s come from last year. He swam an entire lap in the pool, flipping on his back when he needed a break, and keeping his feet up and his head down. Fantastic!

We swam a little more and I actually ventured into the lap lane.

I did 200 meters of freestyle and breast stroke and it felt pretty good. I didn’t have goggles with me, but figured I would bring them next time.

We had lunch at the cafe on the golf course and spent a bit of the afternoon together before we hit one last karate class for the week. Little man had some final practicing to do for Saturday, and we wanted to make sure he was ready for his big day.

I was pretty exhausted from all the driving around I’ve been doing, and work was crazy busy!

Mr PugRunner had to take our nephew to the airport, so he graciously offered to get little man after his lesson and they could all ride together and get dinner before he caught his flight home. We said our goodbyes that morning and I spent the afternoon and evening cleaning up a bit and getting a little quiet time. I was in bed pretty early, as I’m sure you can imagine.

As a member of the Junior Jags, little man was invited to participate in the 2015 Jaguars “Got Skills” Rookie Day. This was his second year joining in the fun and he had a blast.

The kids reported to the Jaguars practice field at 9AM for check in. They got wristbands and a “Got Skills” t-shirt. We were introduced to the 2015 rookies, who would be on hand to lead the kids through six drill stations. The kids rotated through each of the skill stations, and at the end of each, the rookies signed autographs on the field.

Little man did great – even though it was obscenely hot, he was careful to hydrate and ended up having a blast.

They did a huge group shot at the end, which was adorable!

And little man posed next to the Jaguar statue. It’s crazy to see how much he’s growing!

Thanks to the Jaguars, for another awesome event!

Longest. Saturday. Ever. Despite that, it was incredibly fabulous.

Of course, I was up super early to run.

I didn’t get in as many miles as I wanted because we needed to be out of the house for breakfast and little man’s belt test. When he turned seven, the goal became to test for his yellow belt and move out of the “little” room to the “main floor” of the studio. His instructors have been keeping an eye on him and invited him to test for the next level.

He rocked it, demonstrating his rolls, falls, combinations, blocks and stances just as he’d been practicing. His final test was to break a board with his fist.

Got it on his first try!

We are excited to see what his new class will bring.

After that excitement, we had to be going. There was a pug rescue event in town that we wanted to attend. We have been talking quite a bit about adopting another pug into our home and we wanted to support the event, meet some of their foster pugs and get in our application. We shall see what happens.

And then, it was off to a birthday party for one of little man’s friends! It was a fantastic afternoon – the kids played wonderfully and we had a blast catching up with friends. Time definitely got away from us while we were having fun, and it was later than expected when we made it home.

Another solid week. My plantar fasciitis is feeling pretty good, and I’m grateful for that. Rolling has definitely been a big help. I’m seeing a lot of consistency in my pace out there. I’m going slower than I was when I was in 5K mode, but that’s ok. I am still seeing huge improvements overall, and that’s what counts.

I also really enjoyed the swimming. I can use my parents’ pool regularly, since our neighborhood pool doesn’t have lanes, and I may have to take them up on that, just because it was a great low-impact exercise for me.

Do you swim as part of your cross-training?