This has been a fabulous week! So much has been happening, and I have been feeling incredibly productive! The best news, is that my June mileage has will be my highest since January, which is HUGE progress for me. I’m a happy, happy runner!

Father’s Day! And I don’t have a single picture! How did that happen???

We started the day with a delicious comfort-food brunch at a local New Orleans style restaurant. They have the best cheese grits and I had two helpings.

Then, we went to Nana and Papa Bear’s. The plan was to go to the pool and then home for a dinner of light snacks. Mother Nature had other plans, though. Not long after we got in the water (and 150 meters for me), the thunder started rumbling and we had to clear out. We were hoping that we would get a break and be allowed back in, but it wasn’t meant to be.

Tomorrow was another day.

It was my mom’s birthday, so we planned to spend most of the day with her. We all went to the pool in the morning for little man’s swimming lesson, and then to hang out. I managed 750 meters while he was working on his endurance.

After that, we played and swam until lunchtime, and grabbed salads and sandwiches at the golf club near the pool.

I had a few errands to run, so I headed off to take care of those and we all met up again for dinner at a new-to-mom restaurant.

I had picked up some specialty cupcakes, so we stopped at a little outdoor area after our meal to enjoy them.

Happy birthday to the best mom, ever!

Whew. This was a humid run.

But I knocked it out and then got myself off to an early staff meeting before my work day.

Since little man was spending the night at his grandparents’, we were able to chill out after I got home, and we had a quiet night, watching TV and reading. Those are always good nights.

I had another work meeting, which ended up running a little longer than intended. It was ok, but I had to hustle to get to the movie theater to meet little man and my parents. Nana planned to take little man to see Inside Out 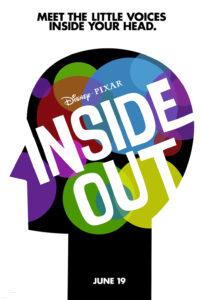 while I promised Papa Bear that we would see Entourage. 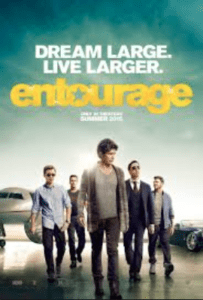 Wow. I have missed Vince and the boys (and Ari. Always Ari.), and this movie was everything, It was a perfect homage to the series, and a bittersweet finale to the show.

I rushed home because I had to shower and change to go out to dinner for my friend’s birthday. The weather was awful and we had to scratch our original plans due to a ridiculously long wait, but it worked out even better.

Check out this view.

And the food was awesome, too! It was a wonderful night with friends – I need to do that more.

This was the last day of lessons for little man, so I wanted to be on hand to see him in action. He did so great! He ended up swimming 100 meters (four lengths of the pool) with only one quick rest break.

So proud of him!

While he was crushing his last lesson, I did 800 meters of crawl, breast stroke and tossed in a few lengths of backstroke (which I can’t stand because I don’t like my ears in the water the whole way). Swimming is hard work.

To celebrate, we enjoyed lunch and then a trip to Sweet Frog for frozen yogurt.

By this point in the week, I really needed to run again, and decided to keep it to just 3.1 miles because I had to get in five or six on Saturday. Back-to-back runs are not my thing, so I try to limit them as much as possible.

I also had to tag team with Mr PugRunner. I went out first, and then let him know when I was close to home so he could get ready to head out. We crossed paths in front of our house.

I love our morning views.

Little man wanted to get in on the stretching action, with his version of the tree pose.

That afternoon, we went to see Inside Out again (well, it was my first time) with friends. Little man loved it just as much the second time, and I thought it was exceptional.

After dinner, Mr PugRunner took little man to karate and I took the time to start cleaning the house before the weekend.

It was an early morning for everyone.

I had to do five miles.

And Mr PugRunner and little man were scheduled for the All Pro Dads event at Everbank Field.

It was a great event that promoted father-child bonding time, while learning some football skills. They had a blast.

They had lunch afterwards, and brought me home leftovers for dinner! Yum!

Summer vacation has been awesome and exhausting! I am excited to see what’s next! My monthly miles are the highest they’ve been in quite some time and after taking off June from racing, I’m excited to be back out there on Saturday for some 4th of July 5K madness!

Were you an Entourage fan? Who was your favorite?