Miles were a bit low this week. For some reason, it seemed like I needed a little extra time to recover from Tour De Pain and my long run. It was discouraging, but at the same time, I guess I needed the break, too.

We had gotten a call from the Pug Rescue, letting us know that they had a possible pug for us to meet. Of course, we were happy to stay in for the occasion.

Mr PugRunner completed 11 miles prior to our appointment. He texted me at about the halfway point to see if we could meet him with a fresh shirt and towel, which we happily did.

The rest of the day was just hanging out at home and getting things ready for Monday. After all, it was a big day for little man.

Back to school! I cooked a nice breakfast for the family.

Little man had his first day of second grade and it was pretty fabulous. He is thrilled with his new teacher and the kids in his class. I am thrilled that he is thrilled. Second grade seems like such a big deal. 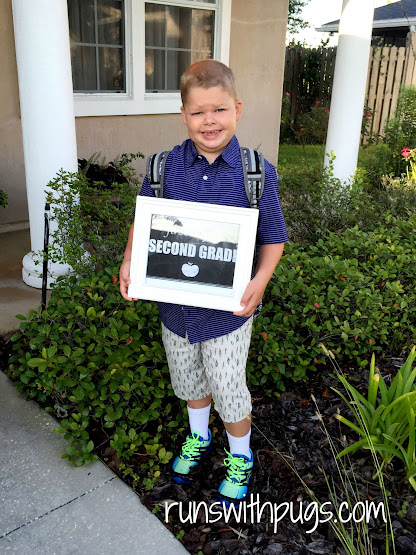 I met up with the ladies bright and early for a nice three along the waterfront. It was one of those days where I wasn’t feeling at all motivated, but I was glad to be out there.

Work was fairly busy and I zipped out to get back to the bus stop for little man.

Getting back into a routine is so nice.

I did a bit of cooking and prep for the rest of the week. Now that things have gotten so busy, I want to make sure I have everything pretty much ready to go – breakfast, lunches and even some dinner. I am decidedly not a “prepper” but having some scrambled egg cups and baked oatmeal in muffin cups certainly did make things run a little more smoothly.

One of the women in my running group had a small injury, so the rest of us decided to run independently that night. Of course, when morning rolled around, I could not drag myself out of bed. I felt hideously guilty about it, but it was promising to be a long day, with an after-hours event for work, so I just kind of rolled with it, promising to make it up on either Friday or Saturday.

After seeing my parents multiple times per week, this week had left us without seeing them at all, so they proposed lunch together. It was nice to visit. I also got to give my mom her very first adult coloring book! We had been talking about them and I finally saw one in Target. I got one for each of us, with a set of colored pencils, and we are both hooked.

Mr PugRunner, little man and I ran some errands after school, followed by karate, and then Mr PugRunner went out to watch the preseason Jags game with his friend.

Obviously, I spent the night coloring. 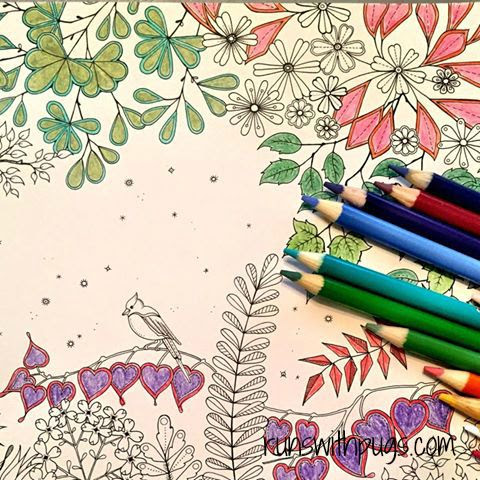 I finally, finally was able to get myself together enough for a long run. I settled on 5 miles – the weather was actually a little cooler and it felt nice being out there. I felt very strong.

Mr PugRunner and little man were supposed to get up early and check out a donut shop in a neighboring town, but they slept in. I was ravenous (and of course, on the hunt for a donut), so we all got ready and headed out together. Of course, as luck would have it, when we showed up, there was a sign in the door that said “Closed for emergency” and so there were no donuts for any of us. Boo. We were able to find another breakfast place, but it just wasn’t the same.

The rest of the day was a bit of a whirlwind: cleaning, a fun birthday party and a date night with wine and live music. It was late by the time I finally fell into bed, but having a great day made it utterly worth it.

Sunday was going to be a pretty big day for us!

Miles weren’t great this week, but I guess getting some rest was just a wee bit more important. I do feel so refreshed and ready to take on the world, which I guess is the whole point of resting.

How do you feel about rest days?

Do you color for relaxation?