I’m not really sure how I managed to talk little man into the Super Kids Triathlon. 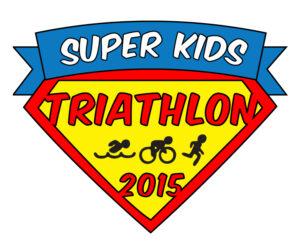 He had been in a pretty serious “I can’t do it” phase, and I was looking for ways to help build his confidence and help show him that he can do the things he sets his mind to. Karate has been working out well, and we have taken a break from team sports for a while (he’s just not aggressive in football/soccer type scenarios and after he had his tooth knocked out by a ball to the face in baseball, he’s got a serious mental block with the pitching machine). Swimming was a huge hit this summer when everything finally clicked, he loves riding his bike, and he always wants to do fun runs with Mr PugRunner and I go to our races, so I figured that this would be a good experience.

For little man’s age group, he was going to have to complete the following:

Training was a bit … challenging. The weather absolutely refused to cooperate. In the weeks leading up to the tri, it rained on the daily: heavy downpours with lightning. Usually, in Florida’s hurricane season, we can count on a relatively short afternoon shower, but this was most-of-the-day soaking rain. We couldn’t get near a pool without thunder rumbling, and I started to get a little nervous.

We caught a small break two weeks before the event. I wasn’t so much worried about little man completing each of the three events (I knew he could), but I wanted him to be comfortable with transitions (From what I had heard, parents wouldn’t be allowed in transition and he was going to have to handle everything on his own) and used to the feeling of going from one activity to the next. So we did the best we could, focusing on bricks and transitions. We also got locklaces to help make putting on his shoes easier, and a bib belt, since he prefers to swim in a rash guard and would probably struggle trying to change out of it and into a dry tee.

The Friday before the race, I picked him up from school and went directly to packet pickup. I thought it would be nice for him to go through the whole experience of race day – getting the bib, having a carb-load dinner, off to bed early, etc. He was pretty excited to see his grandparents at the restaurant, and chowed down on flatbread pizza and lemon cookies.

On the morning of, we had to wake up incredibly early. There were a lot of race day instructions (typical for triathlons, I’m thinking), and the recommendation was to be at the race site at 6:30 AM to drop off bikes and set up transition – we would then have to park the car in another lot and take a shuttle to the start line/transition area. I wasn’t super familiar with the area, so I allowed about 45 minutes to get there on time.

After a quick stop at Starbucks, we were on our way. We arrived in the dark, and there were already plenty of people there, unloading bikes and setting up. I ran into one of my co-workers who was helping direct the goings-on and she was kind enough to show little man where to set up, how to properly rack his bike and where to get his ankle chip.

I hadn’t thought to bring an extra pair of shoes for him, so after we put his running shoes in transition, he was going to have to be barefoot until he got to the biking section of the race. Coach fail.

We found our way to the parking lot, and waited for Nana and Papa Bear. They made a quick pitstop to grab Sharpies – little man wanted me to mark him for our IRun4 buddy and with his number, and there were no markers available onsite.

We boarded the shuttle back to the start and joined the now-huge crowd of people waiting for the start.

The worst part of the day was all the waiting around. Little man was in the first wave, which was supposed to start at 8:00, but we had plenty of time to sit around, use the bathroom and wait some more. That can be hard on anyone, and little man definitely did not love it.

Finally, the race director led the 7-8 year old athletes into the water park and to the steps of the lazy river, where the swim would start. It was super crowded, and so Nana and I positioned ourselves closer to where the kids would exit the pool. It turned out that one parent would be allowed in transition to assist, so my plan was to snap pictures of his swim and then join him for the 200 feet or so to his bike.

After some brief instructions, they were off.

It took a little while for little man to make it to where we were standing, but finally we picked out his bright green goggles in the water. He was doing great, and it looked like he was making all the strokes he learned in his lessons over the summer.

We cheered his name and then I scooted over to the walkway where he would be running by and hooked up with him on his way to transition.

He did great with drying his feet and getting on his socks, shoes and bib belt, while I pulled his bike off the rack and helped adjust his helmet. He told me that he swallowed some water, but was doing ok. He hopped on his bike (and I reminded him for the 80th time to stay right and pass left, and to watch where he was going), and off he went!

I realized that the bike course wasn’t a spectator event – for three miles, little man would be out somewhere on his own. Which on the one hand, awesome. But on the other, what if he fell or crashed? I vaguely recall that the bike trails in this area had some hills and wood-slatted bridges, none of which we had practiced on, so I had to just cross my fingers. It was definitely unnerving – we’ve ridden up to six miles with him, but he’d never been out on his own for so long.

Soon enough (and much to my relief), we caught sight of little man’s orange rash guard and cheered him back to transition.

He refused water, said he was tired, took off his helmet and headed off to the run portion with a little wave.

I packed his belongings into my bag and then we found the finish line to wait. I know that he always throws some walking into his runs and since he was tired, I figured he would take his time. However, when I caught sight of him about 1/4 mile from the finish line, he was running! And he kept running all the way to the end!

And I cried. I was so happy for and proud of him!

He worked incredibly hard, and accomplished a really cool goal, without giving up. It was the best!

Unfortunately, little man did not thoroughly enjoy the experience and told me that he doesn’t want to do another tri. I get it – there was a lot going on, and it was overwhelming from a spectator’s point of view, so I can only imagine how it felt to be actually competing. It’s something I may suggest to him from time to time, to see if his interest changes (there are a couple of local, entry-level kids’ tris so it can’t hurt to see if he changes his mind).

On the plus side, he did say to me that he wanted to do more mile-long runs with me. Which is awesome! I also asked him if we could still ride bikes together, and he said yes to that, as well. Awesome!

While the event itself was nice as a starter tri, we were disappointed in some of the parents. I completely understand being competitive and focusing on the win, but, as seems to be the trend in youth sports, the art of sportsmanship is going by the wayside. We heard parents disparaging their kids for making strategic errors, shaming them for doing something wrong, even saying things like “I can’t believe you’re letting that kid beat you!” as the children went by. It turns my stomach and I just can’t understand why these attitudes are acceptable. At the end of the day, no one deserves to be publicly berated. It almost makes me wonder where some of these young athletes are going to be in a few years: top of their game or burned out and completely uninterested?

But I digress. This is the part that matters and what we celebrated.

Nana and Papa Bear took little man in their car to go to breakfast, while I drove mine back to transition to get his bike. I was able to join them quickly.

Per his request, we have started filling his personal race calendar. I am doing my best to help him pick runs that are interesting to him, not just mile fun runs tacked on to the end of an event that Mr PugRunner and I are doing (although those are fine and convenient, too). Fortunately, there are plenty from which to choose, and he’s excited about his next run!

What are your thoughts on sportsmanship in youth sports?

What are your favorite ways to be active with your family and loved ones?