On a happier note, let’s start talking about the runDisney Princess Half Marathon weekend. 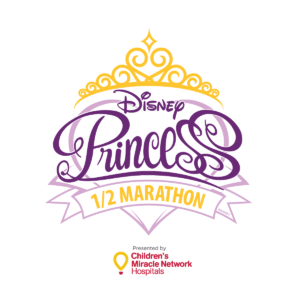 I was mostly excited about this event (the other emotion was nervousness). For one, it’s kind of a goal to do one of every runDisney event at some point. For another, this would be my first serious challenge, incorporating a 10K and a half marathon back-t0-back.

There was a lot of build up, both in training and preparation. Not only did my buddy, Steph, and I have to work on the actual miles, but we had to figure out our costumes, and then go one step further and ready ourselves for the trip and hotel stay. Racecations are a blast, but it’s a lot, making sure all the fuel and socks and accessories are packed and charged and ready to go. Forgetting things isn’t the end of the world, especially in an area like Orlando, but it does create extra stress and it’s best to pack thoroughly and avoid all that extra static.

On the Friday before the races, after all the kids were off to school, Steph picked me up for the trek to Orlando. It was an easy drive and we pulled into Walt Disney World in the late morning.

The plan was to go directly to the  ESPNWide World of Sports to pick up our packets and visit the Expo, before heading to the All-Star Sports Resort to see if a room was ready for us to check in.

There had been rumors about the insanity of the Expo circulating around the internet. Packet pickup and vendors opened on Thursday and apparently, the lines were out of control, shoppers were rude and aggressive and people were making off with bags of purses, shoes and product. I was a little nervous about it, because I despise crowds, and also because I didn’t want to deal with any shenanigans. Luckily, we parked easily and walked right into the nearly empty packet pick up area to get our bibs and shirts.

Before we left the area, we were also able to purchase an advance package with MarathonFoto. For the last few runDisney events I’ve done, runners could purchase a $100 MarathonFoto credit for $75. Since a CD or download of digital images costs in the vicinity of $70, it was always a good deal. The customer service rep also informed us that there would be a Glass Slipper Challenge package, which would combine all photos from both races, so it was a no-brainer.

The merchandise and vendor portion of the Expo was located in another building and we made our way over.

The scene here was a bit different.

It was just a wee bit overwhelming. We didn’t have much shopping to do, so we kind of clung to the outskirts of the crowd. I really wanted an “I Did It” shirt with the 19.3 mile distance on it and Steph wanted that and a magnet. While a lot of the official event merchandise was picked clean, there were plenty of both of those (although the shirts were  “supervised” by cast members – inventory was folded on shelves behind a table. One shirt of each size and style was out on display, but then you had to request your item from the CM). We both walked away with exactly what we wanted.

And some fun pictures, too.

After all that, we were starving, so we opted for lunch at the little grill attached to the convention center. It was fine for a quick burger and some water. The weekend’s weather was going to be warm, so we wanted to make sure we continued to keep our hydration on point.

We were pleasantly surprised to be able to check right into our room at the resort, too. While the value resorts at Disney aren’t the most luxurious, we got a great rate (only $10 more than the off-site place we normally select) and it was worth it for us to be able to use the shuttle system for the races in the mornings. We took a moment to freshen up and then it was off to Epcot for a wander around and dinner.

For whatever reason, we were both really tired, and after a couple of rides, we decided we just wanted to see some characters and people watch before our reservation at Via Napoli. We knew we had to be up the next morning in time to make a 3:30AM shuttle and shutting it down early was on our minds.

Oh, and snacks. We thought about snacks.

At dinner, we shared arancini and a small Neapolitan pizza, and we each had a glass of red wine. And then we hightailed it back to the resort to get our things sorted and get ready for bed.

It was looking to be a phenomenal weekend.

Have you ever run any big race challenges?

What kinds of things to you purchase from huge race expos like this one?