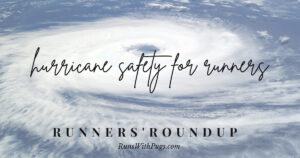 Party day! While the birthday girl and her sisters got the clubhouse set up for the afternoon’s main event (my stepmother-in-law’s 80th birthday!), we spent the morning in the pool, and then had lunch on the waterfront. It was a nice lazy morning, and we had plenty of time to get ready.

The party was a lovely celebration: Grandma was beaming the whole time and danced the afternoon away.

We were very lucky to be able to be a part of the big day.

The hotel at which we normally stay when we visit my in-laws is nice, but it’s on a stretch of pretty congested roadway – totally not optimal for running, especially not before dawn. I rather reluctantly headed down to the small gym and resolved to run five miles on the treadmill.

On the one hand, it was boring as heck. I really couldn’t stand it.

On the other, the climate controlled temperatures and absent humidity allowed me to actually run. I had started out doing my run/walk intervals, but when other people started coming into the gym, I started feeling a little funny about it so I just tried to see how far I could go. Consistently running was no problem at all, and for a brief second I thought about how nice it would be to have a treadmill at home.

We ate breakfast and made the trek to Clearwater Beach.

I confess, we have never been, but it’s already on my list of places to return. The Gulf Coast is much different than the East Coast, but it’s a nice change.

Little man loved the attention from his cousins, especially when they buried him in the sand in the shape of an octopus.

After lunch on the beach, we all cleaned up and went back to Grandma and PopPop’s house for leftovers and conversation. We ended up staying til pretty late, and finally we had to leave to get little man to bed. I wasn’t far behind him.

We all met for breakfast and then Mr PugRunner, little man and I got on the road. We needed to get home to the dogs and I had work. Everyone else was heading to Orlando to continue their respective vacations. Before we left, my niece worked her magic and gave me a fishtail french braid. It was phenomenal.

As soon as we got home, we started laundry, and packed some things for Mr PugRunner and little man: they were going to be joining everyone at Universal Studios the next day and needed to up and out by 5AM. We all desperately needed that night of sleep.

I didn’t get up right away when the boys left: Molly wanted to snuggle and I was happy to oblige her. Eventually, though, I got myself up and out and turned in a decent five miles.

Mr PugRunner texted to let me know that little man was being brave and wanted to ride Dragon Challenge with his cousins. It would be the first time he would be riding an upside down roller coaster, and I was so sure he was going to change his mind at the last minute.

A few minutes later, I got this.

He was so proud of himself, although he said it wasn’t his favorite. He’s waiting for Hulk to reopen.

In the meantime, I went to lunch with my parents, and then spent the afternoon picking up the rest of little man’s school supplies and going grocery shopping. When I got home, I had to get myself together and do my hair and makeup for a Wine & Chocolate tasting event with some girlfriends. I was pretty tired and thinking of canceling, but I knew that once I got there I would have a blast.

We ended up finishing our flights of wine and chocolate and then grabbing dinner together. It was much needed and I’m so glad I talked myself into going.

Back to work for me. It was nice to get back into a routine. It was an uneventful day, and we enjoyed a nice, quiet dinner at home. It was good to have the family back together.

Here it was: my first double digit run in a good long time. Yikes. However, it was quite peaceful in the light of the moon.

It went ok. My stomach got pretty upset with me after six miles, which was rather frustrating. The last thing I need is to be in need of a restroom during a half marathon, so it’s back to trying to tame my GI issues during my runs. Funny how out of practice I’ve fallen.

Little man had a playdate and so I took advantage of the free time to rest up. We had our friend’s surprise birthday party that night and it was going to be a late one. Mr PugRunner and I had dinner together before the event, and spent the night with new friends and old, celebrating.

We had the chance to sleep in a little bit, which was nice and probably very much needed.

After lunch with my parents, little man and I headed downtown to a local candy shop for another birthday party. The kids all got to make lollipops, which was so cute.

They also got a tour of the candy kitchen and then enjoyed cupcakes and ice cream with the birthday girl. Adorable!

We got home, stuffed from all the treats, and ready to just chill on the couch with some movies.

Since it’s August, we can take a look at July’s goals and see how I did.

Increase weekly mileage – Yup. I’ve done it. By bumping my short runs from three miles to five miles, I’ve been able to bulk up my total mileage, and it’s been making things a little easier.

Incorporate more yoga – Again, on it. While it’s still not as much yoga as I would like, I’ve been practicing as much as I can.

Register for the duathlon –  Mmmmm. Still a no on that. Not because I don’t want to or because I’m not ready, but because it involves yet another hotel stay and weekend out of town. We have been traveling A LOT. I love it, but I know that the next few months are going to full of more travel and something has to give. I haven’t given up the idea, but I think it’s ok to say I need a break.

Speed work – Doing it. Not loving it because of the heat, but doing it.

Stay consistent with the 30 day challenges – That’s a bit of a fail. Once we went away, I just wasn’t able to keep up. I’m going to get back into it this week.

Overall, it was a good July.

How do you decide what to keep and what to sacrifice in your schedule?