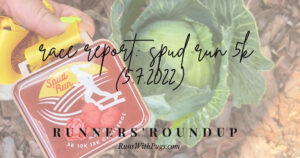 Guys, this past week was pretty awful. Hurricane Matthew came made its way through the Caribbean and up the east coast, leaving a wake of destruction in its path. While we are no strangers to hurricanes, having lived in South Florida for almost 15 years, it’s always pretty scary and nerve-wracking.

We started the day with a visit to the Georgia Aquarium. It is one of my favorite aquariums, thus far, and the boys had such a great time exploring.

We figured if we left after lunch, we would make it home in time to clean up, make a quick run to the grocery store and be in bed at a reasonable hour. Well, you know what they say about roads to hell and good intentions. With construction and lane closures, it took us almost 10 hours to get home (regularly a 5 1/2 hour trip). We were spent when we rolled in the house around 11:30 and I vowed it would be a long time before I got back in a car.

Mondays aren’t too forgiving, so we dragged ourselves out of bed and tried to get back into some semblance of normal. I wanted to pick up some little things for the boys for their upcoming Cub Scouts camping trip, as well as get socks for little man’s pack service project on Thursday.

Most of all, we were all looking forward to bedtime. We made it through, even though it was pretty rough. Boo, Monday. Boo.

The plan called for 3 x 1 mile repeats, sandwiched between a warm up and cool down. It was as awful as I imagined it would be and I really struggled holding the pace prescribed. You could feel the storm in the air, and I was starting to worry that Matthew wasn’t going to pass us by.

The morning wasn’t all wretched, though. I met my friend for breakfast. A recovery breakfast, obviously. We had a great time chatting and catching up.

We celebrated National Walk To School Day by meeting up with some teachers, staff, classmates and parents to… you guessed it. Walk to school. We’ve done it every year since little man started kindergarten, and every year there has been a fabulous turnout. It always seems to be a little rainy, but that doesn’t seem to stop anyone.

While we were at breakfast, Mr PugRunner had a conversation with me regarding evacuating.

I really wanted to stay home for the hurricane, but he made the point that the pugs wouldn’t fare so well if the power went out for a few days, and, much as I hated to admit it, he was right. We went back and forth discussing different plans of attack, and we finally settled on St. Petersburg. He found the last pet-friendly room available and after we had lunch with one of our friends, he let me know it was time to start packing.

We already had our water, gas, cash, important documents and other incidentals together. I sent him to the vet for anxiety meds for the pugs, and packed clothes for the three of us in one suitcase. We secured what we could in the house, and shared our plans with our neighbors so we could all stay in touch throughout the week.

We packed the car, gave the pugs their medication and got on the road fairly early in the morning.

I was worried about traffic, but we stuck to the back roads and made excellent time to our hotel.

Molly and Bentley were fine through the drive, but Delilah was an absolute head case. We ended up having to crate her in the backseat, because she kept trying to break out of her harness. It was miserable, but it was the safest option for all of us.

When we checked into the hotel, I think we were all just done. We couldn’t even enjoy our view of the Gulf, because we were exhausted and nervous and generally on edge. Mr PugRunner picked up dinner to have in the room, and I obsessively watched The Weather Channel to follow the track of Hurricane Matthew.

It was a monster, and it was headed right for us. The track just didn’t seem to be wavering and we were worried for our home and our city.

Even though Treasure Island was experiencing Tropical Storm conditions, I had to get out for a run. I was supposed to go for six miles, but with the wind off the Gulf, I could only manage four. My head wasn’t in the game at all.

Mr PugRunner took the remote away from me and suggested I take little man out for the day. He had work to do and he didn’t think it was healthy for me to watch the endless loop of storm coverage. We had friends who had also evacuated to the area, and they were planning to see Hope and Winter at the Clearwater Marine Aquarium, so we joined them.

It was a gorgeous facility and the kids all loved it. It was an especially good distraction for little man, for which I was grateful. I was so preoccupied that it took me several days to process that we were in the presence of Winter, the amazing dolphin with the prosthetic tail.

After our visit, we met Mr PugRunner for lunch. I had been worried about leaving the pugs alone in the hotel room, but they were absolute rock stars. They seemed to really adapt to the close quarters and having to go for several walks a day (usually, we just let them out back), with an elevator or stairs as part of the deal.

By the time we got back to the room, the storm had moved from St. Augustine to Jacksonville and photos of the damage started to flood in. It was gutting.

The storm surge flooded our beautiful coastal town. Beachfront houses were destroyed, chunks of road washed away. Winds of up to 80 and 90 mph downed power lines and trees, toppled boats and scattered debris. It was surreal and I was in a bit of shock.

When the winds cleared a bit, our neighbor went to our house. The storm had knocked down a good portion of our backyard fence and a tree in the front yard. She wasn’t able to get inside, and we were hopeful that we wouldn’t come home to any leaks or roof damage.

By Saturday morning, I was done. I just wanted to be home, and I wanted to make sure the rest of our house was ok. My neighbor had sent some more pictures, and I finally just burst into tears. After several days of being in a hotel room with three people and three animals, we were all pretty overwhelmed. Grateful, but ready to be back home.

By later in the evening, we had learned that electricity was restored, so Mr PugRunner canceled the extra reservation he had made at a hotel closer to home and we planned to leave the next morning. I think we were all pretty excited.

Ok, maybe not the pugs, who were enjoying hotel life.

Obviously, my training plan wasn’t a huge priority this week. I did what I could manage, but it was more for keeping my own anxiety down than to train for any races.

I don’t know how the week ahead is going to go. We are fine. Our home is fine. That is all that matters for us. Others are not so fine and so we are doing our best to help where we can. We did some clean up around town yesterday, and now that the kids have returned to school, I have time to focus on those people and places who are still in so much need. Already there has been so much done to help restore things, but the beaches and coastal neighborhoods are in need of cleanup, there are people who have completely lost their homes, businesses and jobs, and the linemen, military and first responders are busting their butts for the community and could always use backup and support in the form of drinks and ice.

Additionally, our thoughts are with those in the Caribbean and along the coast who also lost so much with this awful hurricane.

We are just going to do our best to get back to as normal as we can.

Were you in an area hit by Hurricane Matthew?