You are here: Home / Uncategorized / tuesdays on the run: 2017 in bling 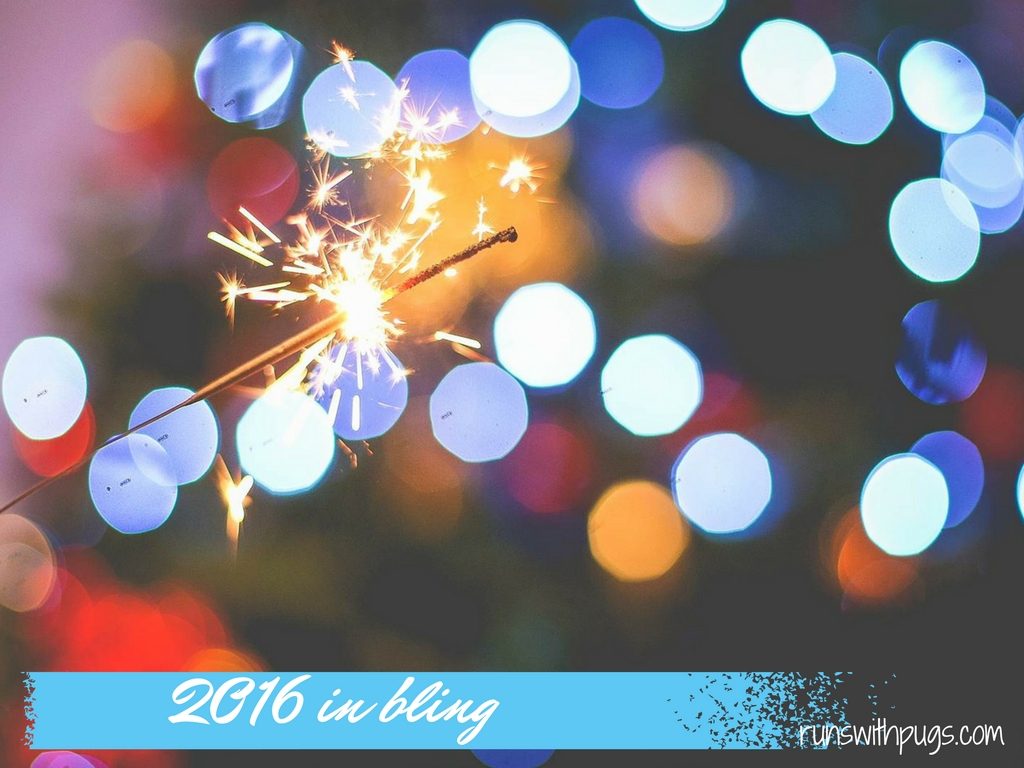 While it wasn’t quite the year I was expecting, I really can’t complain.

After all, I was able to come back from an injury and a nasty fall and get myself back out there. Those aren’t things to take lightly, and even if I’m not 100% thrilled with my progress, I have to learn to honor where I am at and what my body is doing.

Running is a gift and I am lucky to be out there, no matter how slow or or inefficient I have been. I don’t want to take it for granted, ever, and so I am being mindful of my perspective. Progress isn’t always a straight line, and I’m at peace with my evolution and development in 2016.

But enough chit chat! Let’s talk about the bling!

I ran 20 races in 2016, one of which did not provide a finisher’s medal. Of those remaining 19, two offered a bonus challenge medal. I also ran four virtual races (earning a bonus medal for a series of three). 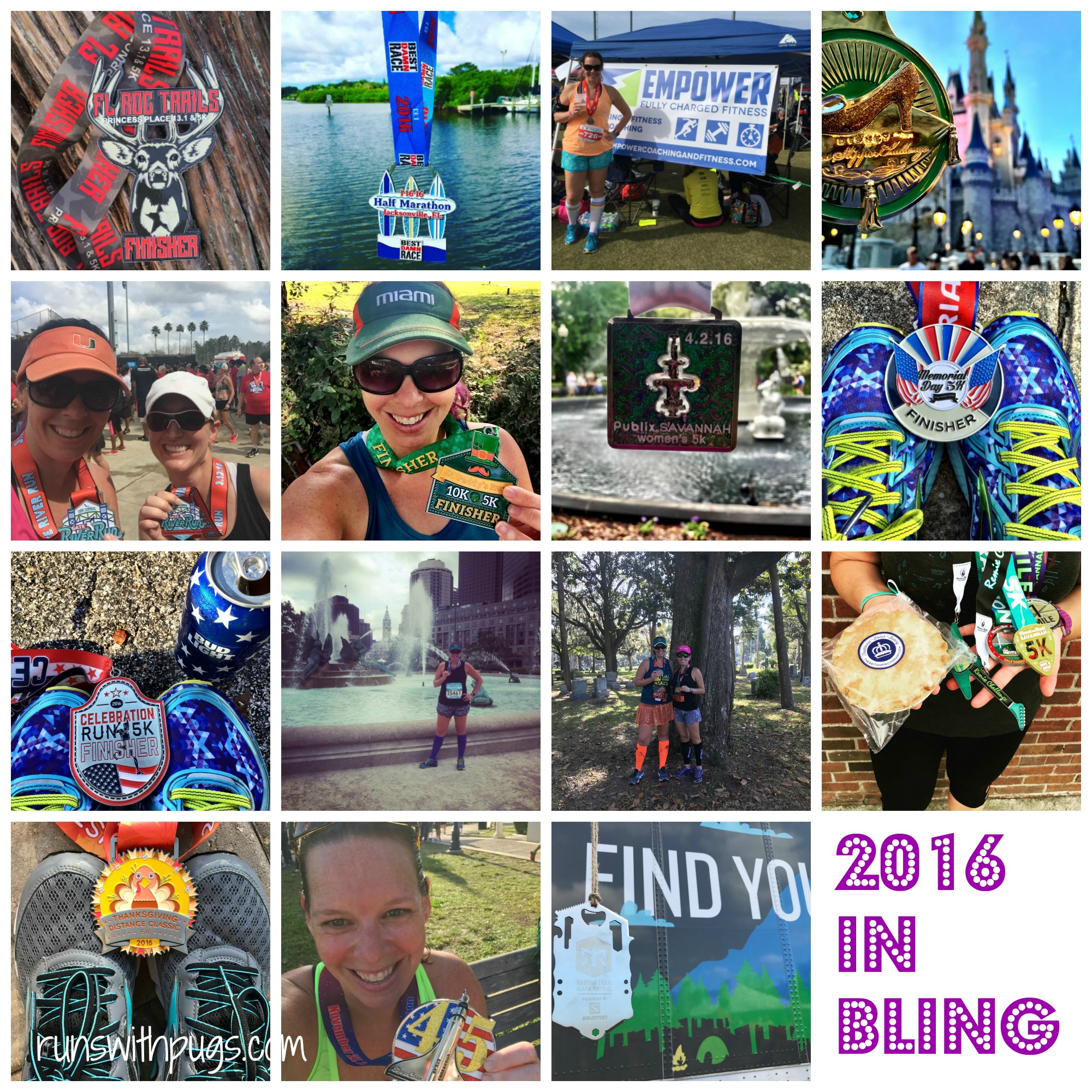 This may have been a virtual run, but it’s the clear winner as my favorite medal of 2016.

This race was supposed to be awesome. I had huge plans to dominate this half marathon, and then a simple injury sidelined me and caused me to drop from the half marathon to the 5K at the last minute.

The good news about having a hard race? There’s always a chance for redemption. And I’ll be going for it on April 8. Want to join me? Register here for the half or 5K with code PUGS to save $10 off your entry.

The honor for this goes to the Rock ‘n’ Roll Savannah Marathon Weekend Remix Challenge.

Over two days, I ran three races (a half marathon, 5K and 1 Mile) and earned four medals AND A PIE!

We are one day closer to the grand race recap for this race, but my team and I fought hard for this medal.

Ta-da! That’s my year of medals!

What was your favorite medal earned this year?

Which one really pushed you to your limits?