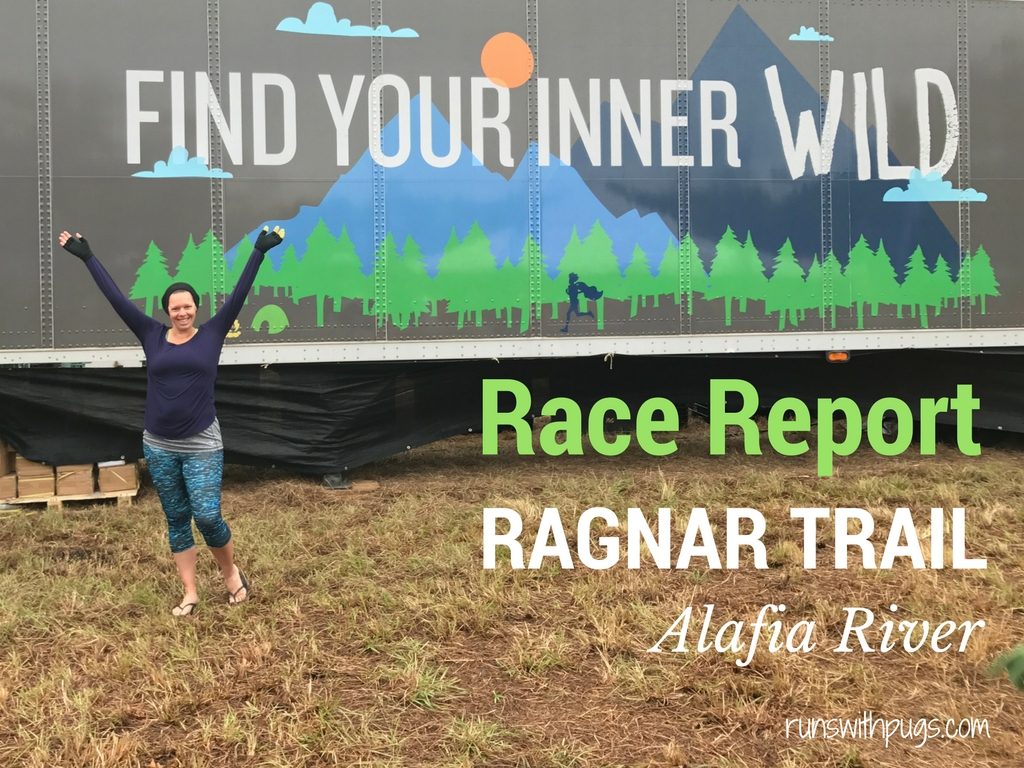 We left off with me finishing my second leg (in the dark!) and falling sound asleep in low 40 degree temperatures.

I woke up around 3:00 AM, just because others were starting to stir around me. M and A, my tentmates were already up and M was out on her loop while A was prepping for hers. I had to go to the bathroom, but there was no way I wanted to leave the warmth of the tent. Blah. I ate a peanut butter sandwich and huddled in my blankets for just a little bit longer.

Finally, I forced myself up and into clothes. I had missed a few transitions over my four hour nap, and wanted to get back into cheering on my teammates.

Also, we were pretty excited about the warmth of the fire that continued to burn in The Village.

Apparently, Ragnar has also been playing movies against the side of their supply trailer through the night.

I hemmed and hawed over what to wear. The day was going to warm up quickly with less cloud cover, but there was still a serious bite in the air. I opted for capris and long sleeves again, but went without the ear warmer and a headlamp. The Green Loop was noted to be more open than the Red and Yellow, so I wasn’t worried about dark spots in the thick of the woods.

I also chose to return the Wings to Salomon and go in my regular shoes – the Green Loop wasn’t nearly as much of a technical trail, so I wasn’t as worried about traction and support. Additionally, they were noticeably heavier on my feet, and since my legs were so tired anyway, I didn’t want the extra weight dragging on me.

My friend T and I found each other in transition and shared a bit of an emotional moment. She was doing twice as many miles as me, and had just reached the wall. I gave her a big hug and tried to boost her mood a little. I was right there with her in terms of how I was feeling, but we were so close to done.

Finally, it was time to hop into transition and I was off for my last run of Ragnar Trail Alafia River.

The Green Loop was supposed to be flat and pretty, following horse trails. It branched off very quickly from the Red and Yellow Loops (maybe 1/2 mile into the run). It rejoined them in the last mile or so, so I knew what the end of the run would be like.

My teammates had also warned us to watch our feet. There were a lot of roots on this trail, making it easy to take a tumble. This was another reason I wanted to be wearing my lighter shoes – I needed to keep picking up my feet.

Personally, I didn’t find the roots to be an issue. Where I struggled was the flatness and softness of the trails. After two laps of climbs and descents, I just didn’t feel like I was making any forward progress at all, and it got in my head pretty quickly. I slogged along, until the middle of the run, when we hit a 1/2 mile long swath of sugar sand.

It might as well have been quicksand. Everyone around me was riding the same struggle bus trying to get through it, and it was quickly in my socks and shoes. Ugh.

Finally, we were through that part and I teamed up with another runner doing intervals. It helped to have someone with whom to chat, and since we get passing each other and falling behind, I suggested we just keep pace together, unless she wanted to be alone. She said she was happy to have someone with her, and so that’s what we did. The trail was still soft, and very curvy, but at least we could keep our minds off it.

Things started to get familiar and we finally saw the “One Mile To Go” sign (Ragnar posts trail markers but not mile markers. You have no idea where you’re really at until you see that sign). Magically, our feet got lighter, and we cruised to the finish line, where I handed off my bib, turned in my slap bracelet and immediately burst into tears.

I don’t even know why.

It took a few minutes and lots of hugs to compose myself, and kind of take in the fact that I just ran 16 miles, while camping, on hills and trails and through the night, on little sleep, little food and without losing my mind.

But it wasn’t over.

We still had five runners to go, and the day was heating up fast. Two of our teammates had already packed their things and left, due to other obligations, and we decided we would start breaking down the rest of the campsite and get the car loaded so we could be ready to go when our last runner crossed the finish line.

I screwed up my eating on Saturday – for some reason, I mistimed everything, packed my food and then got myself so ravenously hungry I thought I was going to cry. Fortunately, the food trucks were still on hand so I was able to get myself some chicken and rice, which made everything better.

The temperatures warmed up fast. While we all complained about the cold, I was grateful for it in hindsight. There wasn’t much shade, and the remaining four of us (minus whoever was running) laid around in the last remaining tent, trying to rest for the drive ahead, and stay out of the sun.

At about 2:15, just over 29 hours after we started, we headed to transition, and were able to run in with our team captain. In flip flops. Because we are hard core like that.

We collected our medals. Each team member got one, but when laid out together, they form a message:

PS. This medal is legit. When we picked them up, we were told that in no uncertain terms should we even think about taking them on an airplane. Because no. It’s a can opener/bottle opener/knife/saw/razor/screwdriver/wrench/and God only knows what else.

And these are four of the coolest women (I wish we had a finisher’s photo with all of us, but there’s always next time).

I can’t describe the feelings I had when we completed this race. When I ran my marathon a few years back, I remember coming across the finish line and feeling absolutely nothing. This time was completely different. I wish I could explain it better, but I was just so proud – I felt (and still feel) like I could take on the world. It was amazing.

I promise I will do a packing and preparation post, but for now, I will leave you with a few thoughts on the race and what we might do the same/differently for next time (because there will be a next time).

And so ended one of the greatest adventures of my life. I am honored to be part of the Ragnar Family.

If you’ve run Ragnar, do you prefer Trail or Road?

What are your thoughts on team relays?