So this is the first official wrap of 2017! I am excited that I can get a full 52 weeks in with this particular link up. It’s so great to be a part of this group and follow the journeys and accomplishments of so many wonderful bloggers.

January 1 is Mr PugRunner’s birthday, and we were excited to celebrate. After he opened his presents, we went off to brunch at Top Golf.

It was a wonderful morning and afternoon, even though I am so bad at golf, it’s laughable.

Later on, we enjoyed dinner at Bonefish Grill to toast to another great year. New Year’s birthdays are tough, but this one was especially great.

Oh, and I have joined up with a different Plank A Day Challenge, started by my fellow BDR Ambassador, Nanci. Social media accountability is real, folks, so I’m motivated to really keep up!

Another oh! Cold hard cash is a good motivator, too! My dear friend, Marianne, suggested putting $5 in a jar for every workout of 30+ plus minutes. Double workouts count only if they aren’t part of a usual thing (like running followed by yoga counts for $10, but a swimming/cycling/running brick during tri training would only count for $5). At the end of the year, empty the jar and splurge on something fun. Mr PugRunner got into it, too, and so we have THE JAR underway.

The next few days promised to be hectic in all the best ways. Little man was going to start back to school on Thursday. My college roommate and her family were spending the night on Tuesday. And in between all that was work and trying to undeck the halls.

Work was insane. I was hoping to get in a 10-15 mile bike ride after I got home, but I ended up having to stay late and then got stuck in awful traffic from a bad accident. By the time I walked in my door, it was starting to get dark, and the local roads were congested with overflow from the accident, so  I told Mr PugRunner that I was calling it.

He took a little pity on me and asked if I wanted to ride the few miles to the grocery store to pick up a few things. I felt better with company and at least it got me out of the house and moving. It was really thoughtful of him to offer it up and I appreciated it.

We were so excited for our friends to arrive. Mr PugRunner had made pulled pork on the Egg, and when they arrived, we settled right into catching up. Their kids and little man played the evening away, and we set up our camping tent in the loft in which for them  to sleep.

I also got this little surprise in the mail: my Heavy Medal from the Rock ‘n’ Roll Series!

I was really hoping to go for three this year, but… well, insert something about life and best-laid plans. It’s ok. I’ve got plenty of time to earn more! There are some great Rock ‘n’ Roll races coming up, so be sure not to miss out! 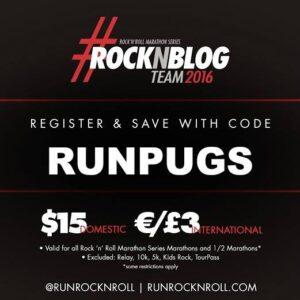 We were up early to get our friends breakfast and send them off on the rest of their vacation. I only had a short period of time before I had to leave for work, so I made the most of it and busted out 2.6 miles.

Time to get back to work. Kait and I did our morning run

and then, after little man went back to school for the second half of his year, I got my butt back into yoga. Magic!

I was so glad to be able to go to body circuit! I had to skip the abs portion because I had an editorial meeting for one of my publications, but it was still a really nice workout with friends.

After my meeting, I went into pretty full relaxation mode. Sometimes, you just have to do it. A severe cold front and major storms were moving in and I had no interest in any of those things.

I had planned on a run. Really. But Kait begged off, and when I woke up to fit in the miles, there was torrential rain and lightning. I wish I could say I was sorry, but I wasn’t.

It didn’t matter – we had a pretty fun day planned at The Edge Rock Gym. It’s been a long time since I have been on a rock climbing wall, and little man always likes to try the walls at carnivals and festivals, so we figured what the heck?

It was insane! And intense! Mr PugRunner wasn’t interested in climbing, so little man and I took our time finding our groove. Once you pay your admission fee, you are pretty much free to spend the day, so we took our time, clipping into the auto-belay on the routes that looked manageable, watching how others made their way up, and generally pushing ourselves to new heights (see what I did there?)

Neither one of us got to the top. This time. But once little man got over his initial fears, we had to basically drag him out of there.

We will absolutely be going back!

After we turned in our shoes and harnesses, we took my parents out to celebrate their anniversary with dinner at a local Italian place.

And then it was home to crank up the heat and get warm for another day of freezing (literally) temperatures. Ugh.

All in all, I wasn’t very impressed with myself this week. I had a lot of variety, but didn’t really focus on the things I wanted (running and cycling).

This weekend, I have the Best Damn Race Jacksonville 10K on the calendar. I’m not sure it will be a PR kind of race but you never know. I’ll also be doing the Best Damn Race 10K + 5K Challenge in Orlando in early March. If you haven’t planned to run a Best Damn Race this year, there’s still time to save $5 on your registration for Orlando, Safety Harbor and the brand-new New Orleans events! 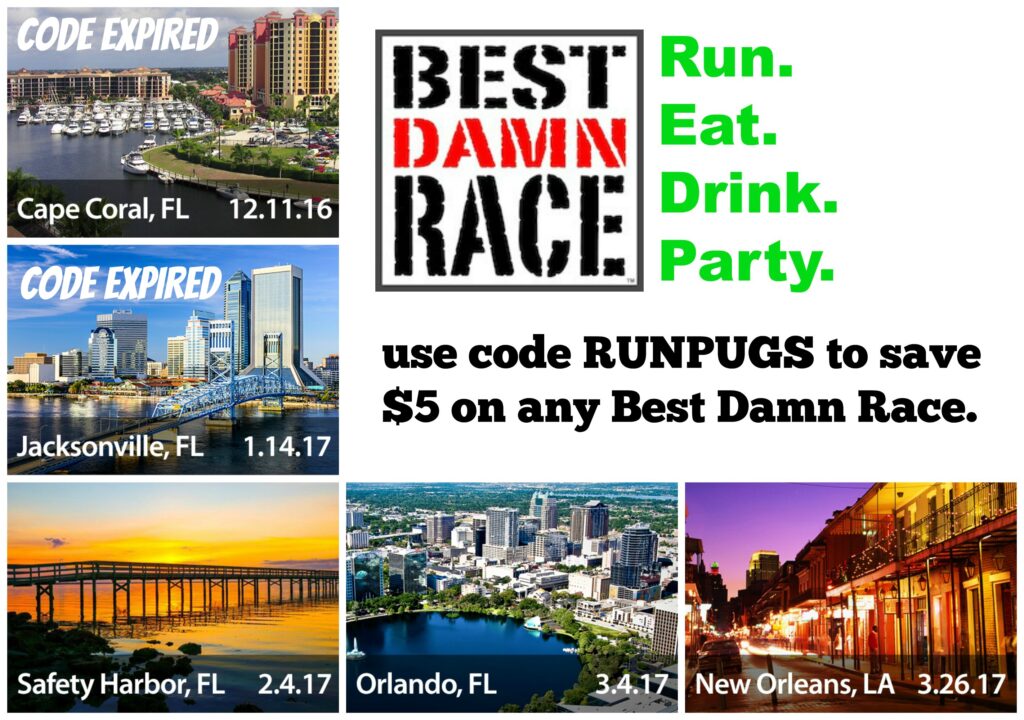 Also, for my mom readers, check me out on St. Augustine Moms Blog. I had a few things to say about my parenting goals in the new year.