This Tuesday, we are talking about…. 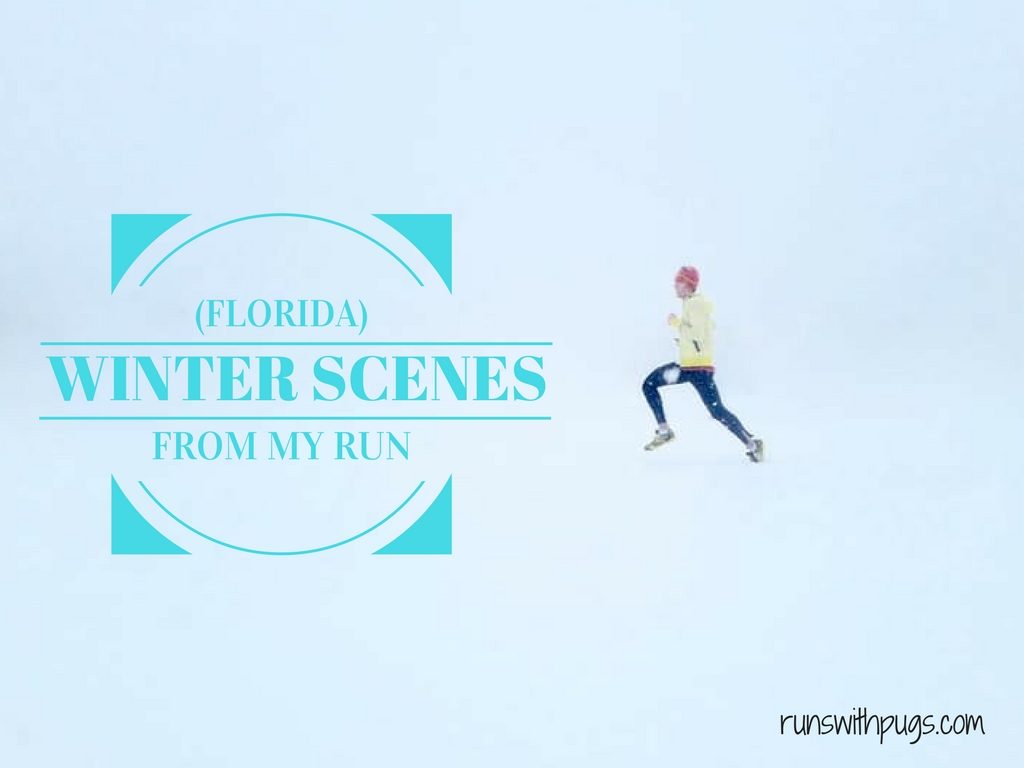 Running in the winter in Florida? It’s kind of the same as every other day in Florida.

Of course, these sunrises are stunning and inspiring, but a little lacking in winter wonderland quality.

Don’t get me wrong. The temps do sometimes dip into the 20s and 30s. And it’s pretty awful because we aren’t acclimated to it and  for the most part, I don’t have the gear to make those cold-morning runs more tolerable. But it’s nothing like what people in the north and other, more wintery parts of the country face in the month of January and February.

I did have the opportunity to run in snow one time. It was in Savannah last April, and it absolutely flurried on me while I was out for a few miles.

It didn’t stick. There was no accumulation. But somehow, it was one of the most magical runs I’ve been on. I would really enjoy the opportunity to do it again!

What does winter look like in your part of the world?

Do you prefer having an actual winter or do you like the idea of spring/summer year-round?

I am not a doctor or medical professional, nor do I play one on the internet. This blog reflects my personal experiences on my own fitness and running journey, and the processes that work for me. Before you begin any exercise regiment, please consult your physician.
Better late than never! Got up way earlier than I

Up and at’em! Normally, Saturdays are for long r