This week was pretty chaotic, but everything got done, and my workouts weren’t nearly as disappointing as they were the prior week.

The weather was gorgeous, so I thought little man and I could squeeze in a few miles together. One mile into our run, he took a misstep on the edge of the sidewalk and wiped out.

Of course, he was pretty upset, so we walked our second mile home to tend to it. By the time we arrived, he had gotten over it, but he’s going to have a pretty nice little scar on his knee. Ironically, it will match mine from the time I so gracefully ate pavement last summer.

The rest of the day was pretty chill while we waited for Mr PugRunner to get home from his trip. I had dinner plans with some girlfriends, and it was really good to get out and spend some quality time with them. I confess to hermiting a little over the last few weeks. I’m one of those introverted extroverts, and I guess I just hit my limit and needed to recharge.

Monday, Monday. Not much to report.

I had hoped to get in a few more miles at little man’s run club, but I had to stay late at work and missed it. He was a little disappointed and I felt really badly about it, but he said it went well anyway.

After dinner, K and I finally got together for a run! You all know I consider evening running to be awful, but I didn’t even care. I was just so excited to get to hang out with her and get in some miles.

I spent a lot of time stalking my email inbox on Wednesday. I was waiting for this delicious pieces of news! 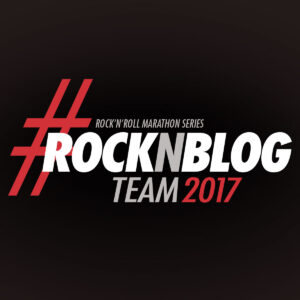 I LOVED being a part of the Rock ‘n’ Blog team in 2016 and I am so excited to do it again. This year, I am hoping to run Brooklyn, Savannah and Las Vegas. Fingers crossed that it happens.

The weather was decent for a later morning run, so I drove to the beach, and created a route that went from the pier to the beach and then over the bridge and back again.

I could have gone a little more, but Mr PugRunner and I had a lunch date.

We had been wanting to try Prohibition Kitchen, and it was finally time.

The ambiance can best be described as “speakeasy” and it’s a really cool little place. We ordered based on our server’s recommendation, and I wasn’t sorry in the least. This fried chicken sandwich, with lettuce, tomato confit, pickled green tomato and ranch on the side was amazing.

Normally, we don’t do dessert, but it was raining and we needed to buy some time before walking back to the car. This Irish Coffee milkshake with whiskey, garnished with a brownie and chocolate covered bacon was heavenly (I only had a few sips).

That evening, little man earned a few more belt loops for Cub Scouts- we were all quite proud of his accomplishments and love that he enjoys scouting so much.

Friday was a bit of a whirlwind. Little man had his annual lap-a-thon at school and I had to be on my way to Orlando for Best Damn Race with Meghan. I packed, and headed to the school to support him in his run. He did great, and got through about 20 laps!

I gave him hugs and kisses, loaded the car and hit the interstate.

We wanted to be in bed sort of early-ish, so we caught a happy hour at TR Fire. Holy moly, was it delicious. We shared a fried green tomato appetizer and I indulged in a shrimp po’ boy for dinner.

It was the perfect pre-race meal.

Back at her house, we chatted until a little after 10PM, when we agreed we probably needed to get to bed. We had two races, for a total of 9.3 miles in the morning, and we were going to regret not getting enough z’s.

Obviously, the full race report is to come, but man, did we have a blast at the Best Damn Race Orlando 10K + 5K Challenge.

It was literally exactly what it sounded like: we ran the 10K, dropped off our medals, grabbed a drink, went to the bathroom and then ran the 5K. For our efforts, we got some extra bling, and it was a great warm up for Saturday’s Gate River Run 15K.

After brunch, I cleaned up and got back on the road for home.

This felt like a strong week. I think my runs were productive, and even though there’s still no sign of cross-training, I’m ok with it. I really needed Saturday’s race to push me over the seven mile hump, and I was very grateful that Meghan was such a great running partner. We had a blast the whole way.

Saturday’s race is going to be hot, so my strategy is simply to power through. I want to stay strong and healthy for the Publix Savannah Women’s Half in April, and there’s no point to blowing it now.

There’s still another day on the $25 Publix gift card giveaway! Don’t miss it!

What are your thoughts on race day challenges?