You are here: Home / Uncategorized / looking back at 2017

2017 was quite a year for me. Obviously, every year has its ups and downs and we had our share of losses, heartbreaks and struggles. We also had our triumphs and victories and there was much to celebrate.

On a personal note, this year held some pretty interesting surprises for me. I’ve stepped up and truly owned some big leadership roles, which is so unusual for me (I much prefer life behind the scenes). The empowerment I’ve found in my fourth decade on this earth is pretty unreal. My one regret is that I wish I had dug deeper sooner.

But let’s talk about fitness. I did a lot of running this year. To be honest, after my triathlon in spring, running is about the only thing I managed to do. 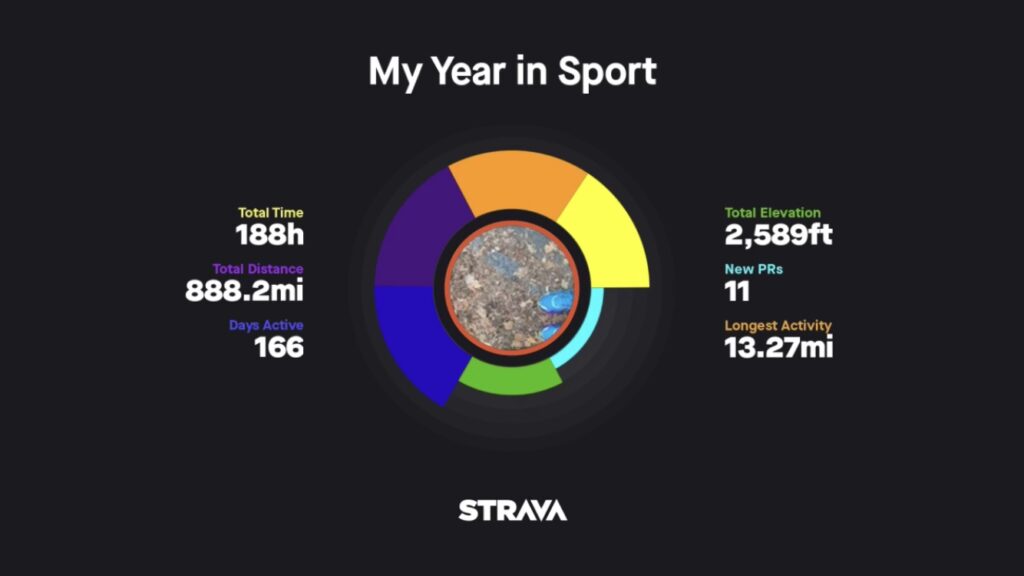 This is such a hard one to answer. I can always take something great away from every race.  This year, I loved taking on the 26.2 with DONNA relay

But I also enjoyed finishing with these lovelies at the fountain at Forsyth Park after a comeback half at the Publix Savannah Women’s Half Marathon(Remember, code PUGS18 saves you 15% on either distance).

There are just too many from which to choose!

So the Gate River Run 15K is a great race, and I do always enjoy it. This year, I wasn’t feeling it. I was tired and not feeling great. All the people who said they wanted to run with me ended up getting sick or bailing. I came thisclose to not running. I was in a fog all morning leading up to the start, and I was braced for a crappy race.

What ended up happening was I ran my 15K PR! It was unplanned, unintentional and unexpected. I guess sometimes, that’s the way to get it done.

I didn’t think anything could beat my Forerunner 735XT in terms of running gear, but these earphones come close to topping them.

Not only is it nice to not have a wire flapping in my way, but the bone conduction technology allows me to enjoy my music or podcast while still hearing all ambient noise, like cars or other people. It’s a huge safety benefit, and it’s also better for my ears and hearing. On top of that, they are comfortable, don’t slip or bounce, have great sound, and a solid battery life. I can’t recommend them enough.

Tie! The Durbin Trail Mix Relay medal was crazy cool: a piece of stamped wood on a leather thong.

However, the Space Coast Half Marathon Medal (and Intergalactic Challenge Medal) represented the final chapter of a crazy journey. Five years ago, I signed up for a half marathon without having ever run a 5K. I committed to complete five consecutive years of that half, and on the Sunday after Thanksgiving, I honored that commitment.

This is 200 more than each of the last two years, which is INCREDIBLE! I had the most rough idea of shooting for 1000 miles, and now I feel like it so much more attainable, especially considering how much I slacked on my running in May and June.

This was a huge year for races, and I loved every second of (almost) every one! My community has grown so much this year and it’s just amazing getting out there and spending those weekend mornings with awesome people doing active things.

Is it terrible that I lost count? I definitely had two pair of Mizuno Wave Inspire 13s that are hanging on. I had three pair of Brooks Adrenalines, one pair of Adidas Supernova STs, and a Saucony Guide. It was hard letting some of these shoes go this year, but it was time to retire and replace a few.

In the meantime. there are some other makes and models I am looking to try. I’m lucky in that most stability shoes feel pretty good, so I am comfortable mixing it up.

There was a random day in December. It was hot and humid out of nowhere and I just could not get myself going. It happens and I always prefer for the awful runs to occur in training, but it really does drain the motivation right out of me.

Some races are truly just one and done. While Bridge of Lions is a lovely run, through a beautiful city and neighborhood, it was really a miserable day. Hot. Humid. Beating sun was no shade or cover. Generally, I love running with the boys, but once we got into the thick of this one, I was desperately wishing to be done.

Race that surprised me: Daytona Lap The Track 5K

Y’all. This was just freaking fun. It was well organized, the course was great (I mean, you can’t beat doing an actual lap around the Daytona International Speedway) and the swag was top-notch. We absolutely loved this event, and I’m excited to try out the half marathon portion in a few weeks.

Run experience to which you are most looking forward in the New Year:

Mmm… get back to me on this one. I have not finished fleshing out my 2018 calendar, and I really need to add a few more destination races to the mix. My eyes are on the Carolinas or maybe Tennessee. We shall see.

The most important thing I took away from running this year.

The answer is pretty much to always have fun. Really. I had a blast in 2017, and while I didn’t hit my time goals, I’m having so much fun that it doesn’t even really matter much.

What new things did you try?

I have really been priding myself on trying things. That confidence I mentioned earlier? It’s helping me to do things I would never have normally tried. And that’s how I found myself climbing a rock wall

and completing a sprint triathlon.

While this year was pretty epic, running is a moving target and I have more to accomplish.

And there you have it. I can’t wait to see what the next year has in store! I can already tell it’s going to be special!

What made 2017 epic for you? Go ahead and link to your own annual recap, share some of your highlights from the year, or post some of your upcoming goals in the comments. I’d love to cheer you on!