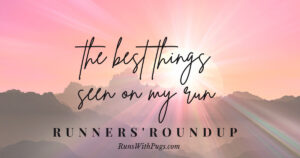 The Memorial Day 5k is one of my longtime forever favorites. I try to run it every year. After all, it was the first 5k in which I ever competed and I have a serious attachment to the event.

To be honest, I was a bit of a late registrant this year. Memorial Day weekend was scheduled for some storms, and I didn’t feel like running in the rain. However, things cleared, and I signed up. I paid a little more for the honor, but I didn’t mind.

By the time I registered (Thursday before the race), only race day packet pickup was available, so I planned to arrive at the venue early enough to get parking and my things.

The Memorial Day 5k is staged at the Orange Park Town Center. It’s a huge park area, near the fire house and some municipal buildings. Parking is super limited, but I was able to snag a spot in the strip mall next door.

Snagging my packet was easy: just a bib and t-shirt from the gazebo in the middle of the park. I was able to grab it, hit the portapots, drop everything at my car, and hang out, with plenty of time to spare.

The start time for the 5k is 8:00 AM (with a kids’ race starting around 9:00). With about 15 minutes to go, the crowd began to line up by pace. It was actually a bit more crowded than I expected, and I found a spot in the middle of the pack. We observed a moment of silence for our fallen heroes, and one of the runners sang a beautiful rendition of the National Anthem. And then it was time.

In all the years I’ve run the Memorial Day 5k, the course hasn’t changed. It’s pretty much an out and back, with a little extra block in the beginning. The course winds back through some neighborhoods, so runners get to see cute houses, and even some spectators. There are nice pockets of shade, but it is always hot and humid, and hard with some little hills and elevation.

For some reason, while we were waiting to start, there was a gentle breeze, and that was glorious. Until we started running and it vanished. Ugh. Oppressive is the best way to describe the humidity.

The first half mile is always super crowded, with lots of turns. The older I get, the less I like being penned in, so I stayed to the far side of the road and hoped for the best. Once the initial bit was finished, the course eased and we all found our stride.

I had bumped up my intervals and was actually pretty good on pacing. I skipped both water stops, too: it was too hot to drink anything and not get sick.

The final stretch is always tough – you hear the crowds and music before you turn the corner on to the last 1/4 mile. And then it’s just a straight shot to the inflatable arch. Nothing to do at this point but lean in and run hard.

I came through the finish line so very ready to be done. Volunteers handed out medals and water.

In the park, volunteers had set up tables with water, Gatorade, and snacks. I love when these local races go above and beyond for their runners. It’s such a nice touch.

There was also a stand for Jeremiah’s Italian ice, and runners got a free mini cup with their bib. It was a refreshing treat on a hot day.

Even when it’s super hot, I love this Memorial Day 5k. I really do. There’s just a lot oof hometown running love wrapped up in those 3.1 miles and I’m always happy to be there.

I’m calling the race a win. While it was not a PR, it was also not a personal worst. I’ll take it!

Check out my TikTok from an awesome day!

Do you have a favorite local race? What makes it stand out?

Rise up. Skipped a race for the beach. It’s not