After a hot shower and a delicious meal of honey chicken, I got myself to bed. Day 2 of Tour De Pain was just hours away. 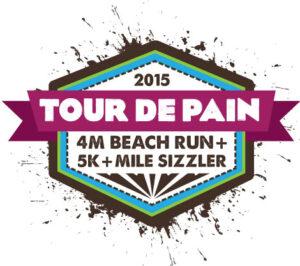 The 5K road race portion of Tour De Pain was going to held at the same location where I ran the Celebration 5K. It’s a perfectly reasonable 5K asphalt course. It’s flat and somewhat shaded. In fact, the only thing I don’t like is that the entire first mile is one long straightaway.

But once that first corner gets turned, the rest of the course is through lovely, residential streets, and it’s actually quite nice.

Once again, we lucked out with the weather. It wasn’t exactly cool, but the cloud cover kept things manageable.

I wasn’t gunning for a 5K PR at all. However, I did want to run this race faster than I did at last year’s Tour De Pain, and I also really wanted to beat my Celebration 5K time.

I chatted with a few running friends before the start, and then found my place in the crowd. The 5K is chip timed, so it’s a little less stressful positioning for the start. And off we went.

It was good, solid race. I keep my head down and just chipped away at the distance. Now that I was familiar with the eternal, mile-long straightaway, I didn’t feel so beaten down by it. This ended up making a huge difference.

As I said, I wasn’t on track for any kind of overall PR, but I was certainly crushing my time from last year and from Celebration. Whoo hoo! Normally, when I know that I am about to hit a goal, I fall to pieces. I can think of several times where I have actually hyperventilated in the middle of a race. I don’t know why, but I get so overwhelmed and lose it.

Today was not that day.

Right as I turned the last corner before the finish line, I saw one of my buddies go by. We see him at a lot of races and always chat and joke around, but it was only recently that we actually introduced each other and are friends on Facebook. He used to always ask a lot of questions about my intervals, and I laugh about it, because even though he runs straight through races, we always finish up at about the same time – sometimes he crosses the line before me and sometimes I finish first. It’s just how it works out.

But on that Saturday, something clicked on in my head and rather than sitting back in my pace, I tore down that course. I actually had no idea my legs could turn over that fast. Sprinting is just not in my nature.  I ran him down and we finished the 5K side by side. I think I scared the heck out of him, because there had been no one around him and then I was clapping him on the back and thanking him for inspiring me to push for the finish.

It felt really good. And I hit both the goals I was looking to attain.

Two races down; one to go. 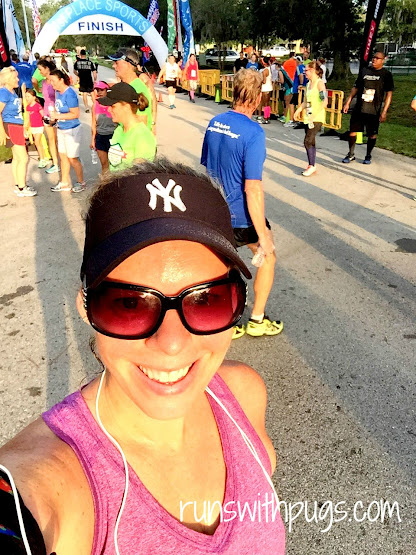 I went home to shower, clean up and eat. Mr PugRunner and little man had plans for the day, so I had the house to myself.

The Mile Sizzler was in a new location this year, and I wanted to leave early enough to find parking and get myself situated. The concept of finding parking, especially in areas with which I am not entirely familiar, can bring me to my knees.

I packed a small cooler with Gatorade, water, a banana and a granola bar, set my GPS and headed out.

When I arrived in the area of Hemming Park, I was relieved to see that it wasn’t actually too far from the race’s original location at The Landing. I drove around until I found a little parking garage a few blocks away and hung out in my car for a bit. I noticed people parking for free in an empty lot right across the way, but I was nervous that it would be a tow zone or something similar so I stayed put, sipping on Gatorade and trying to stay hydrated.

It was hot. Ninety-five degrees felt like one hundred and three. Ugh. The air was absolutely sodden with humidity and the sun was out in full force. Not pleasant, especially beating off the streets and office buildings. Staying full of fluids was part of the game, but the side effect of that was the need to use the restroom. I finally had to say goodbye to the air conditioning and head off to the start line. 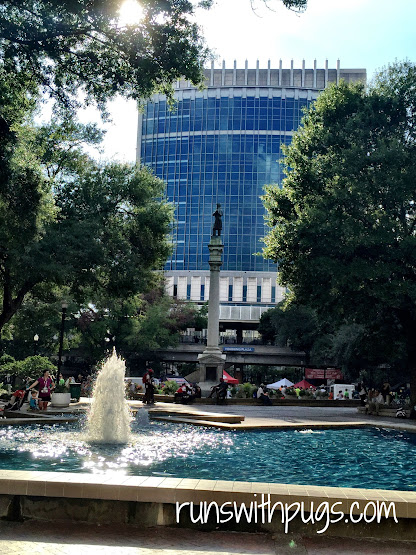 We were greeted with some bad news. There were plenty of portapotties. They had just been delivered to the original location, four or five blocks away. Womp womp. It wasn’t the end of the world, but it did create an issue for me. I didn’t want to expend the energy walking back and forth to the facilities, so after one trip, I had to cut the liquids. Boo.

The Mile Sizzler is broken into four waves: Master’s Men, Men, Master’s Women and Women. Which means I would run in the last group. At least for a few more years. I loathe the positioning because it gives me plenty of time to psych myself out, but I also get to watch some really amazing and talented runners go barreling through. I am always so impressed by the athleticism out there.

Fortunately, I met up with some friends and was able to distract myself with chatting and laughing.

In my head, I had a bit of a strategy. I had switched my intervals back to :60/:15 and I planned to just run like hell for the minute and catch my breath in the walk break. My goals were all over the place, but really, I just wanted to come in under ten minutes. As I have said so many times, I am not a sprinter. Speed has never been my strong point, and this mile is my nemesis.

I lined up to start, as far up as I dared. I was going to need every second on the gun-timed distance. We took off and I hadn’t gone 100 feet when I realized that with the air as thick as it was and the sun as hot as it was, nothing good was going to be happening for me.

The course was two loops around the plaza, but it was a rectangular loop rather than a square. When I turned the first corner, the road visibly sloped uphill and I could have cried. But there was nowhere to go but forward. It was just a mile, and I was going to finish, one way or the other.

I made my first loop and refused to even look at my watch.

I had almost nothing left to give

And then I was staring down the timing clock and I found just enough gas to squeak in under my goal. With a time of 9:58, I had PRd and broken 10:00. I was ok with that.

I was more than happy to celebrate! 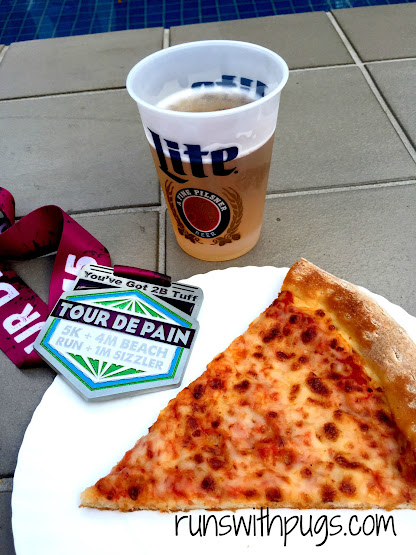 There was plenty of pizza and beer, music and hanging out. I found a seat on the wall of a fountain and enjoyed the overall feeling of a job well done.

I also took a moment to appreciate the yarn bombing. I had never seen it person before and thought it was pretty cool. 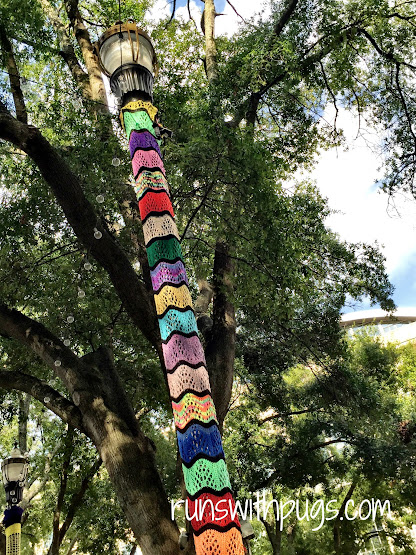 I was ready for a good, hot shower, dinner and some mindless TV on the couch. 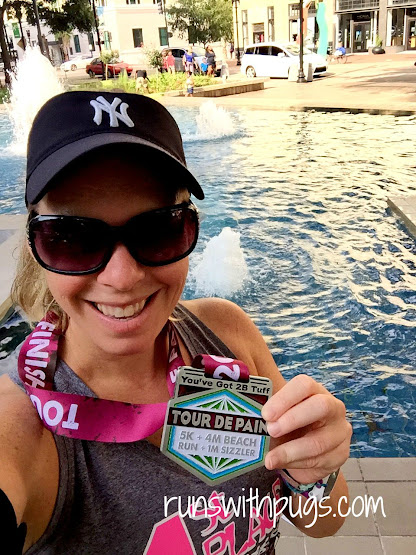 Looks like I will probably be in Tour De Pain for next year, too! 🙂

What’s the distance that challenges you most? Are you built for speed or endurance?

Is there a race that you always say you are going to skip, but then register for anyway? What keeps you coming back?