This was not a race I anticipated little man would want to do. He can be a little sensitive about gore and zombies certainly come with their share of the stuff.

At the Great Candy Run, one of the promoters of the Arlington Toyota Kids Fitness Zombie Chase mentioned the race to little man and showed him a video. He immediately deemed it something he wanted to do. 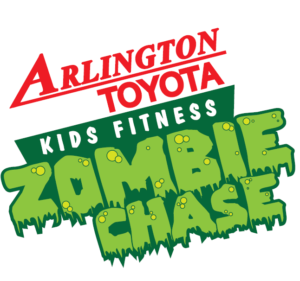 I figured he would change his mind or forget about it, but no such luck. So I registered him.

Usually, in these mile long kids’ races, parents are allowed to join their children at no cost, but for the Zombie Chase, no adults were allowed on the course without paying for the privilege. People could register as a “body guard” or as a “zombie”, but other than that, only kids were permitted to run. I explained to little man that he was in this one on his own (mostly because I would probably wet my pants if a zombie approached me). 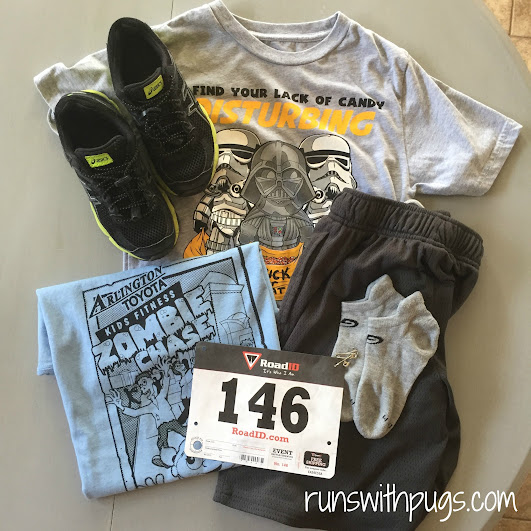 We arrived at the race venue in plenty of time to get great parking and check out the vendor booths and activities. There were face painters doing zombie makeup (little man wasn’t interested), balloon artists and lots of great photo opportunities. 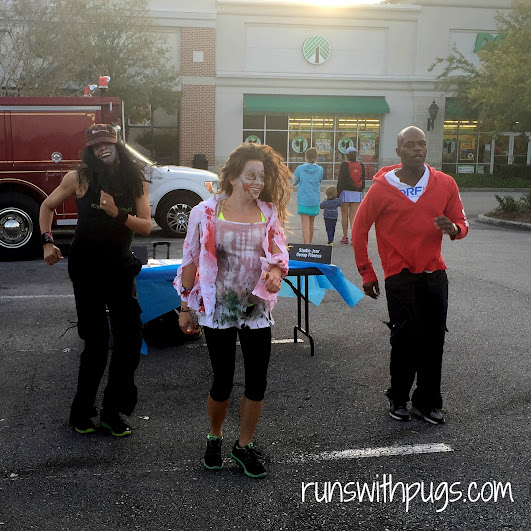 Little man was a little wary of the zombies (the makeup and costumes were absolutely on point), but he hung out until it was time to move to the corrals. 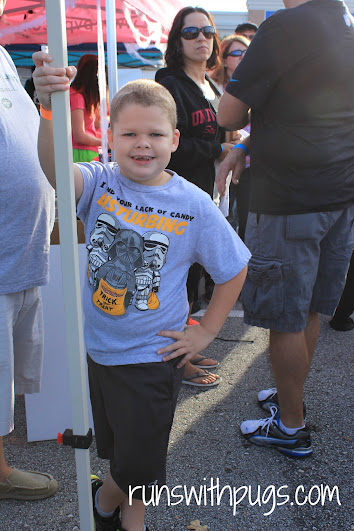 With their bibs and t-shirts, each child had received a set of numbered wristbands – one for him to wear and one for the parent who would be picking him up at the finish corral. Wristband colors were based on age groups: the 13-15 year olds would run the course first, followed by the 11-12 year olds, and so on, down to the 5-6 year olds. Little man got with his group to wait his turn. I took up position near the last turn by the finish line, while Mr PugRunner waited for him to start.

After the National Anthem, the zombies went out on to the closed course to take up their positions. Their job was to chase the kids and put “bites” (in the form of stickers) on their bibs. They were supposed to tone down their antics a little with each group of kids, and the kids had been given whistles that they could blow if they were getting scared or uncomfortable. It seemed a pretty good system and everyone was into it.

It took little man a little while to navigate the course. He went out of his way to avoid the zombies (running on sidewalks instead of through the thick of the undead), which was rather prudent of him, and I think he was pretty happy to be done with the whole thing. 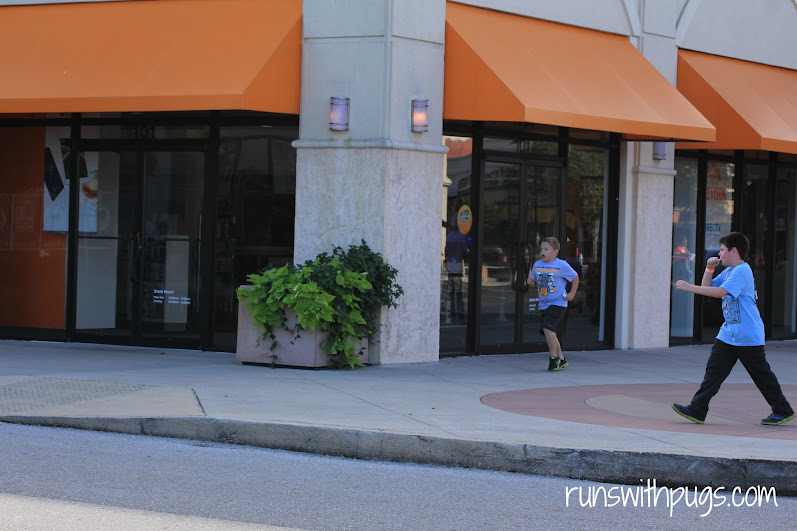 He made it out without a single “bite.”

Mr PugRunner and I both made our way to the finish corral. A volunteer confirmed that Mr PugRunner had the matching wristband and we were able to to exit the area and get some water and breakfast.

If he does this run again next year, I think we will encourage him to wear a zombie costume for the occasion. Knowing him, it will make the experience a little more fun.

Another race well run by our little guy! He has two more events on his calendar for the year, and he is pretty stoked about them both.

Have you ever participated in a zombie chase?